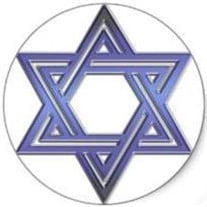 A. Jerome “Jerry” Dave, 82, of Asheville, died on Friday, March 23, 2018 at his home. A native of Asheville, he was born on August 23, 1935 to the late Joseph and Eva Dave. He attended Ira B. Jones, David Millard, Jr. Middle School, Riverside Military Academy and was a graduate of the University of Cincinnati where he was a member of the Sigma Alpha Mu Fraternity. Upon graduation he began his career at Dave Steel Company in Lebanon, OH before transferring back to the Asheville facility in 1969. He served as President of the company from 1975 until 2004 and finished his career as Chairman of the Board until 2017. With his leadership, the company now well into its third generation of management, experienced significant growth since its start in 1929. Jerry was a longtime member of Congregation Beth Ha Tephila, the Jewish Community Center, served on the AB Tech Foundation Board, the UNCA Family Business Forum Board, was Past President of the Manufacturers Association of Asheville and Past President of the Virginia Carolinas Structural Steel Fabricators Association. He will be remembered most for his significant philanthropy to the community. He is survived by his children, Pam Turk and her husband, Jonathon, of Boca Raton, FL, Jeff Dave and his wife, Juli, of Asheville, Dee Dee Stilphen of Charlotte; his spouse, Barbara Shagan-Dave of Naples, Florida; her children, Robert Shagan and his wife, Allison of Knoxville, TN, Artie Jay Shagan of Knoxville, TN. He is also survived by his brother, Bernard L. Dave of Cincinnati, OH; 11 grandchildren; and eight great-grandchildren. A funeral service will be held at 10:00AM on Tuesday, March 27, 2018 at Congregation Beth Ha Tephila, 43 N Liberty Street with Rabbi Batsheva Meiri officiating. Interment will follow at Riverside Cemetery, 53 Birch Street. In lieu of flowers memorial contributions may be made to CarePartners Foundation, PO Box 25338, Asheville, NC 28813 or to Avow Hospice, 1095 Whippoorwill Lane, Naples, FL 34105.

The family of Mr. A. Jerome "Jerry" Dave created this Life Tributes page to make it easy to share your memories.