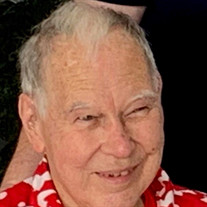 Striding down a crowded market street of late 1930’s Shanghai, China, four year old Alec Alvord, looks like he can take on the world. With his two big sisters and two big brothers, Alec’s parents, Berenice and Emory were on a globe-trotting adventure which included a hearse from NYC converted to a station wagon to fit the whole family. His Dad spent time at Tuskegee Institute working with George Washington Carver on rotation of crops and the replenishing of spent soil with the soybean. Alec’s Dad, Emory, would take this knowledge back to Southern Rhodesia, expanding his work as an agricultural missionary, founding an agricultural institute there. Known as “adventurers for God,” that is what Alec would do with his life-take on the world. He took on systemic issues of poverty and lack of education. He took on minority rule in Zimbabwe, Africa (formerly Rhodesia) and misogyny in the United Methodist Clergy appointment system. He took on evil, injustice and oppression in whatever forms they present themselves, fulfilling his baptismal vow. Alec and his bride of 63 years, Dot, fell in love through “The Threes” program which recruited young adults in the United Methodist Church for three years of overseas mission service. They weren’t supposed to fall in love. But a late arrival in a dashiki, wearing black socks and sandals stole Dot’s heart. Alec’s accent didn’t hurt either! Their three year commitment turned into 18 years as full-term missionaries. A brief six month engagement turned into three children-Karen (Jimmy Stevens, deceased) of Weaverville, Lex (Tanya) of Pittsboro and Veranita Alvord (Joe Tarpley) of Reidsville; four grandchildren- Megan, Josh, Olivia and Ivan; and a bonus family, Kwabena (Kay) and Cecilia Apau-Kese of Gastonia and their children- AJ, Alvord and Adriel. Sensitive to the ways the Church has often exploited and misused indigenous peoples with missionary zeal, Alec saw his work in education as a professor of Old Testament at Epworth Theological School; his time as a pastor of four churches preaching in the Shona language; his time as a high school principal of mission schools; his time as Rhodesian Conference Education Secretary as well as Conference Building Inspector; his time on Bishop Muzorewa’s Cabinet, as an opportunity to work himself out of a job, mentoring future leaders. Every position that Alec vacated to move to another position in Zimbabwe from 1959-1977 was filled with a qualified national. Upon return to the US in 1977 due to the Civil War in Rhodesia, Alec and Dot started all over again. Alec served as pastor of Advance-Mocks and Wilkesboro UMCs, renewing connections in WNC which began when Alec did graduate work and served as pastor of the Surry Circuit and Pinnacle Charge while studying at The Divinity School at Duke University. Dot got recertified to teach in US public elementary school through Winston Salem State University. The rural church was always where Alec’s heart resided. He aligned with Hinton Rural Life Center in Hayesville, NC, Yokefellows Prison Ministries and United Methodist Rural Fellowship (UM Rural Advocates) as well with Native American Ministries, having the passion of Jesus for local ministries with the least, lost and last. Alec then served as District Superintendent of the former Marion District (now Blue Ridge) where he advocated for the district camping ministry expansion at Camp McCall in Bostic. He then served as the WNC Conference Director for Mission/Outreach and Disaster Response from 1992-2000. Through that positon, Dot and Alec developed deep connections with United Methodist Women in WNC and all over the SE USA. So many local units of United Methodist Women across the SE supported Dot and Alec through their missionary service in Zimbabwe and their continued ministry in WNC. Alec’s tenure in this position began with Category 5 hurricane Andrew in 1992 which devastated the southeast and expanded into the Mission Response Center in Terrell, NC and the development of the NC-WNC Conference joint mission to Armenia through Project AGAPE. Alec’s theological background served him well as the teacher for UMW Annual Meeting Bible Study for 25 years in a row. In retirement, Alec served Homestead UMC and preached interim gigs for clergy colleagues all over WNC. Alec was an excellent puzzler, preferring 1000 piece puzzles to challenge his brain and skills. He never let the grand kids win at chess and when game boys were a thing, he was a champion Tetris player. For the last 40 years, Alec has made English fruitcakes every Christmas. Through their time at Sharon Church (South Park Church, Charlotte), they creatively disguised one of his fruitcakes for the annual gift exchange. The family always received homemade marzipan at Christmas each year, even if Baba threatened that “this year will be the l-ahst year!” (read that in a Zimbabwean accent). Alec is a timeless classic, full of action, purpose, forward momentum-like the Mozart he loved so well. He will be remembered for his intellect and spiritual depth, his larger-than-life laugh, his kindness, his dedication to service in the name of Christ, his integrity and his sparkling eyes through which he said and did so much, though used very few words. The full, adventurous life of Alexander Mapes Alvord will be celebrated on Sunday, August 15, 2021 at 1 o’clock in the afternoon at The Norma F. Pulliam Chapel at Givens Estates with Rev. Ed Hillman officiating. Dot asks that Memorials, in lieu of flowers, be sent to The United Methodist Women Legacy Fund (unitedmethodistwomen.org).

Striding down a crowded market street of late 1930&#8217;s Shanghai, China, four year old Alec Alvord, looks like he can take on the world. With his two big sisters and two big brothers, Alec&#8217;s parents, Berenice and Emory were on a globe-trotting... View Obituary & Service Information

The family of Alexander Mapes Alvord created this Life Tributes page to make it easy to share your memories.

Striding down a crowded market street of late 1930’s Shanghai,...

Send flowers to the Alvord family.