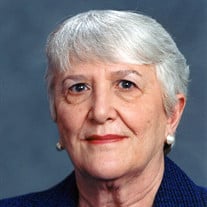 Ardis Gilbert, 78, of Asheville died Sunday, June 10, 2018. A native of Ilion, New York, she was daughter of the late Erwin and Eileen Klippel. She attended Albany Medical Center School of Nursing, following High School, and became a registered nurse in NY. In 1959, she married Curtiss Gilbert, also of Ilion NY and they moved to North Adams, MA. There she graduated Magna Cum Laude in Mathematics and Summa Cum Laude in Administration, from North Adams state College. Mrs. Gilbert taught math at Charles H McCann Tech. School in North Adams, and later at Univ. of Oak Ridge, TN, in the Training and Technology program preparing ex-convicts for various trades, and in Wichita Falls High School, TX. In Texas she was chosen to be on the committee of nine who revised math textbooks for the state. Moving to Connecticut, she taught math and computer use for the Powerline Program for youths awaiting sentencing by the courts. She was Choir Director for St. Francis Episcopal Church in Norris, TN and for Church of the Epiphany in Southbury, CT over a 15-year period, she also managed the Upper Room Thrift Shop for Epiphany. She sang with the CT Choral Society, the CT Master Chorale, and the Asheville Choral Society, performing on concert tours of Central Europe and Turkey, Carnegie Hall, NYC, and the White House, Wash. DC. A member of the Garden club of Newtown, CT and the Asheville Garden Club, Mrs. Gilbert headed various committees. For 10 years she was a member of the Fine Line Art Gallery, Woodbury, CT specializing in pastels and watercolors. Mrs. Gilbert traveled in Europe and Egypt with family and friends or accompanying her husband on business trips. She enjoyed hiking, backpacking and canoe touring with her family and following retirement, she traveled widely with her husband in the US and Canada, from Newfoundland to Key West and South Texas to Alaska. Her survivors include two sons, four grandchildren and four great-grandchildren. A memorial service will be held 2:00 PM, Saturday, June 16, 2018 at Trinity Episcopal Church with The Rev. David Henson officiating. Interment will be held in New York.

The family of Mrs. Ardis Gilbert created this Life Tributes page to make it easy to share your memories.

Send flowers to the Gilbert family.