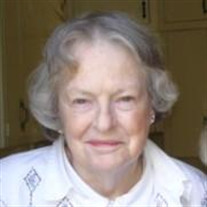 Carolyn Byrd Tipton, 90, died Monday, November 4, 2019, at Givens Estates. She was the daughter of the late Grady Gideon and the late Edna York Byrd. She was born July 18, 1929, in Biltmore Hospital. Carolyn grew up in Kenilworth and graduated from Lee Edwards High School in 1947. She was editor of the school annual, a cheerleader and class salutatorian. She attended Converse College, graduating in 1951 with a degree in English. That same year she married John L. Tipton, her high school sweetheart. Though they both attended Lee Edwards, they met when a friend brought John to meet Carolyn at services at Central Methodist Church in Asheville. They married on August 15, 1951, and lived in Germany, Shreveport (Louisiana), and Sewanee (Tennessee) as John completed his Air Force duty and then attended the University of the South. They returned to Asheville upon John’s graduation. Carolyn was a lifelong member of Central Methodist Church, serving on many committees and boards. She worked as a substitute teacher in Buncombe County schools and at St. Genevieve-Gibbons Hall School. She retired from Buncombe County schools where she worked in the Media Center assisting many students and teachers in research. Carolyn was an avid golfer and bridge player, but most enjoyed being a mother, grandmother and great-grandmother. Carolyn enjoyed the company of her high school classmates over the years, maintaining contact with many across the seven decades-plus since their time at Lee Edwards. She was predeceased by her husband John Levi Tipton; her sister, Doris Byrd Parker; and nephews Greg Byrd and Thomas Parker. Survivors include a brother, Grady Gideon Byrd, Jr. and wife, Margaret (Peggy) of Asheville; three children; Patricia Carol Tipton of Mills River, Edward John Tipton of Norwalk, Connecticut, and Susan Byrd Tipton Austin (Jonathan) of Waynesville; grandsons, Jason Mark Ridenhour (Rebecca) of Davidson, and Michael John Ridenhour of Raleigh; a great-grandson, Henry Clark Ridenhour of Davidson; and nieces and nephews Robert Parker (Vicki) of Sanford, Sara Parker of Raleigh, Jack Parker of Baltimore, Maryland, Leslie Farquhar (Gordon) of Asheville, and Elizabeth Byrd Etheridge of Asheville. A special thank you to all of Givens Estates as they made her last years comfortable and happy. The family extends warm arms and thank yous to all the caregivers at Givens. You do amazing work and we thank you for following through with this important calling. Private burial will occur at Lewis Memorial Cemetery. Memorial service will be at 11 a.m. on Saturday, November 9 at Central Methodist Church, 27 Church Street, Asheville. A reception will follow in the fellowship hall. The family requests that memorials be made to the Givens Residence Assistance Fund, Central Methodist Church Music Department or the Blue Ridge Parkway Foundation.

Carolyn Byrd Tipton, 90, died Monday, November 4, 2019, at Givens Estates. She was the daughter of the late Grady Gideon and the late Edna York Byrd. She was born July 18, 1929, in Biltmore Hospital. Carolyn grew up in Kenilworth and graduated... View Obituary & Service Information

The family of Carolyn Byrd Tipton created this Life Tributes page to make it easy to share your memories.

Send flowers to the Tipton family.