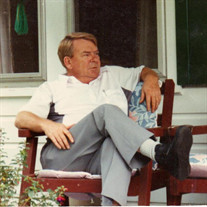 Charles Joseph “Bud” Rutledge, 78, of Asheville passed away from pancreatic cancer on Sunday December 16, 2018 at his residence surrounded by his family. A native of Buncombe County, Bud was the son of the late Joseph Hugh and Mary Catherine Creasman Rutledge. He was born at his aunt Alma Palmer’s house on Spooks Branch Road. He was also preceded in death by his maternal grandparents, Luther and Julia Palmer Creasman; his paternal grandparents, Charlie Roy and Cora Lee Julian Rutledge; special cousins, Jerry Creasman, Tommy Creasman, Julia Diane Manuel and Jack Palmer; and brothers in law, Scott Taylor, Terry Lackey and Jim Lackey. Bud is survived by his wife of 58 years, Patricia Lackey Rutledge; a daughter, Bunny Smith (Danny); a son, Charles Joseph Rutledge, Jr. (Christine); and daughter, Amy Ray (George); his granddaughter, Arianne Ray (Colby); an adopted grandson, Tony Smith; a great granddaughter, Jimma Ann Ray; and another great granddaughter who will arrive in February. He is also survived by his sister, Marilee Rutledge Taylor; niece, Angie Norris (Ron) and a great nephew, Taylor Norris; and a sister in law, Peggy Lackey and her children. He has many special cousins whom he loved dearly: Wayne, Billy, Ginger, Joyce Ann, Kenny, Kevin, Louise and Barbara; and brothers in law, Ronny and Walter Lackey. He graduated from Lee Edwards High School in 1958, then from Blantons Business College in 1959 where he met his wife, Pat. He was a member of Beaverdam Baptist Church for 62 years. He was the owner of Juno Tire and Service Center for 28 years where he was well known in the community for his knowledge and generosity. One of his fondest memories was being a part of Mrs. Teague’s square dance team that was selected to dance in Washington, D.C., and Bud was chosen to dance with Mamie Eisenhower. Later in life, he cultivated his passion for playing golf and played every chance he could. He always had a joke to tell and a smile to share. Bud will be greatly missed by all who knew and loved him. A graveside service was held at 2:00pm on Wednesday December 19, 2018 at Lewis Memorial Park with Pastor Charles Phillips officiating.

Charles Joseph &#8220;Bud&#8221; Rutledge, 78, of Asheville passed away from pancreatic cancer on Sunday December 16, 2018 at his residence surrounded by his family. A native of Buncombe County, Bud was the son of the late Joseph Hugh and Mary... View Obituary & Service Information

The family of Charles "Bud" Rutledge created this Life Tributes page to make it easy to share your memories.

Charles Joseph “Bud” Rutledge, 78, of Asheville passed away from...

Send flowers to the Rutledge family.