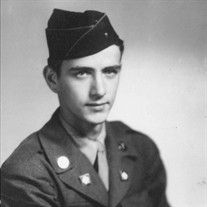 Charles L. “Chuck” Murdock, Jr., 87, of Asheville, died on April 12, 2016 at his residence. A native of Washington, DC, he was son of the late Charles L. and Margaret V. Winkleman Murdock. He was also preceded in death by his beloved wife, Mary Jane Ingle Murdock and his “best brother ever” Col. Thomas Murdock and his wife, Ginny. Chuck moved to Asheville in January 1943. He attended David Millard Jr. High, Lee H. Edwards High School and Biltmore Jr. College before obtaining his Bachelor of Science degree in business administration from Western Carolina Teachers College in 1952. He proudly served in the US Army during the occupation of Japan in 1946. He earned three professional designations during his 55-year group Employee Benefits Insurance career (C.L.U., R. H. U., R.E.B.C.). A 22-year member of the Country Club of Asheville, Chuck enjoyed golf as his sport with his golf partner, Ken Vasilik. He was also a long time member of the Asheville Bridge Club and Black Mt. Sr. Bridge. Survivors include his son, Charles L. Murdock, III & his wife, Karen (who lovingly and affectionately cared for Chuck); wife, Carol Maddox Belt Murdock; grandchildren, Jaclyn Marie Murdock and Richard Phillip Holcomb; sister-in-law, Laura L. Ingle; cousin, Kathleen Baxter-Ray Chirrocche and six nieces and nephews. Chuck’s favorite saying was “I was not born in Asheville, but I got here as quickly as I could”. He lived a very full, long life. He appreciated all of his friends, especially Rosanne Kelly, Mike “B”, Ron Gibson and Laura H. Simpson for all they did for him. A white mass will be celebrated 1:00 PM, Friday, April 15, 2016 at St. Eugene’s Catholic Church with Father Pat Cahill officiating. Interment will follow at Green Hills Cemetery. The family will receive friends from 5:00 – 6:30 PM, Thursday, April 14, 2016 at Morris Funeral Home, 304 Merrimon Avenue. In lieu of flowers, memorial contributions may be made to Wounded Warrior at Wounded Warrior Project, PO Box 758517, Topeka, KS 66675.

The family of Mr. Charles L. "Chuck" Murdock, Jr. created this Life Tributes page to make it easy to share your memories.

Send flowers to the Murdock family.