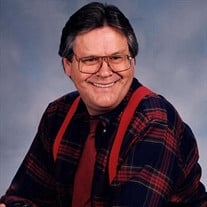 Dr. Donald Eugene Dossey, 82, died peacefully at his home on July 31, 2016. Donald was born in Porterville, California in 1934, the eldest son of the late Elsie I. Manuel and Eugene V. Dossey. Donald was an active member of Grace Covenant Presbyterian Church. He was a veteran, having served in the United States Navy on a destroyer in the Pacific during the Korean War. Donald earned his Bachelor of Education from University of the Pacific, his Master of Arts in clinical psychology from Pepperdine University and his Doctorate of Behavioral Science from Heed University. He was a former professor of clinical psychology at Pepperdine University and a consultant in conceptual psychiatry for the National Institute of Mental Health. Donald founded and directed the Crisis Counseling Centers of Southern California, the Phobia Institute of West Los Angeles and the Stress Management Centers of Southern California. He was an acclaimed authority on the treatment of anxieties, phobias and stress. Donald became well known as an entertaining folklore historian. He authored Keying: The Power of Positive Feelings and Holiday Folklore, Phobias and Fun. With John I. Hillyer, he co-authored Mountains-to-Sea Trail: Western North Carolina's Majestic Rival to the Appalachian Trail. As a phobia folklore expert, Donald's work was featured in magazines and newspapers including the Wall Street Journal, with Friday the 13th being an extremely popular topic. In the early 90s he coined the term parakevidekariatiaphobia (the fear of Friday the 13th) which continues to be used in dictionaries and medical journals. Donald appeared on numerous television and radio shows worldwide including CNN, ABC News, CBS News and the Oprah Winfrey Show. Until recently, Donald was an active member of The North Carolina Folklore Society, Cradle of Forestry in America, the Audubon Society, the Folk Arts Society, the National Parks and Conservation Association, the North Carolina Wildlife Federation, the Men's Garden Club of Asheville and the American Hiking Society. Having a personality filled with zest, Donald enjoyed life and he enjoyed people. He was passionate about hiking and fishing. Donald was an Eagle Scout and recipient of The Order of Arrow. He was proud of his Scotch/Irish heritage and frequently wore his Leslie Clan kilt. Although accomplished in many fields, sitting properly in a chair in his kilt was one he never achieved. While he had many professional achievements and associations in his early years, Donald was most proud of giving back to the community he loved over the past 22 years in Asheville, North Carolina. Donald's many philanthropic associations included the Carolina Mountain Club where he worked with trail building and maintenance for the Mountain-to-Sea Trail, facilitating local disaster relief and recovery, counseling homeless veterans, the Men's Garden Club of Asheville and the infamous weekly Brown Bag luncheons with his closest friends. In addition to his parents, Donald was preceded in death by his late wife, Lois Dossey, who was his soul mate and fellow philanthropist for their retired years in Western North Carolina. He was also preceded in death by his daughter Cindra Shields. He is survived by daughters Machele Kelchner (Greg), Colette Garrett (Steve), Cathlene Baugher (Bob), and Diana Bennett, and by two sons, Victor Dossey (Kelli) and Donald Manke (Ann). Donald has one brother, Victor Dossey (Kay) of Waynesville. He is survived by 15 grandchildren and 10 great-grandchildren. Donald's family would like to express sincere appreciation to his church family at the Grace Covenant Presbyterian Church for their devoted outreach and caring love and to his many friends from various organizations who brightened his recent days with stories, laughter and memories. The family expresses gratitude to his team of medical professionals and especially to his home care providers Linda Branam and Tim Pegram, for their dedicated care. Dr. Donald Dossey's memorial service will be held at Grace Covenant Presbyterian Church on Saturday, August 20th at 2:30 PM. A reception will follow immediately after the service in the fellowship hall. Family and friends are encouraged to bring their stories and memories. In lieu of flowers the family suggests donations to Asheville Buncombe Christian Ministry or Grace Covenant Presbyterian Church.

Dr. Donald Eugene Dossey, 82, died peacefully at his home on July 31, 2016. Donald was born in Porterville, California in 1934, the eldest son of the late Elsie I. Manuel and Eugene V. Dossey. Donald was an active member of Grace Covenant... View Obituary & Service Information

The family of Dr. Donald Eugene Dossey created this Life Tributes page to make it easy to share your memories.

Dr. Donald Eugene Dossey, 82, died peacefully at his home on...

Send flowers to the Dossey family.