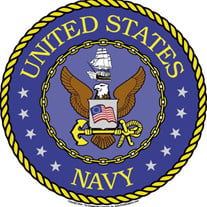 Donald Walter Mason died on June 14, 2017 with the tender, loving care of CarePartners Solace Hospice and Palliative Care Center of Asheville, NC. His sacred transition from this life and ascension into the arms of angels was peaceful as that of a faithful servant. He was born in Chelsea, MA on April 23, 1925, and was the son of the late Ellis Lawrence and Marian Hooten Mason. He was preceded in death by his brother, Lawrence; sons, Richard Ellis Mason and David Harding Mason, and his beloved wife, Pauline Harding Mason. He is survived by Donald Wayne and Pat Mason of Jackson, NH, Vickie-Ann Mason, Spofford, NH, Willard Mason (Connie), Peabody, MA, Kenneth Mason (Marie), Revere, MA, Arthur Mason, Wilmington, MA, Erik Mason (Elizabeth), Dover, NH, Jessica Veronelli (Andrew), Haverhill, NH, David Harding Mason, II (Susan), Newburyport, MA, Lindsay Amaroso (Jay), Peabody, MA, Richard Ellis Mason, II, Lynn, MA, Joanne and Bob Connor, Lynn, MA, Rob Connor (Dana), Peabody, MA Stephen Connor, Peabody, MA, Jill Hendry (Chris) Framingham, MA; five great-grandchildren; multiple nieces and nephews and Dr. Hettie Lou Garland of Asheville, NC. Don grew up in Revere, MA and left high school to join the Navy in 1943. He was a MM2c on the USS Bunkerhill CV 17. He was a survivor of the two Kamikaze attacks on May 11, 1945. A picture of him being transferred by basket to hospital ship was published in Life magazine. He was listed as missing in action for three months. He was subsequently identified, recovered from his injuries on a hospital ship, and returned to duty on the USS Bunkerhill when the ship was repaired and redeployed to the Pacific campaign. He was honorably discharged in 1945. He returned home, presented documentation of classes completed on the USS Bunkerhill and was awarded his high school diploma from Revere High School. He was awarded the Purple Heart, Asiatic Pacific Area Campaign Medal (12 stars), American Area Campaign Medal, Philippine Liberation Medal (2 stars) and the World War II Victory Medal. Don attended Wentworth Institute to study engineering and later received a diploma from Northeastern University as a professional engineer. He was also a licensed contractor. He married Pauline Harding on September 28, 1948, building their home and raising their sons in Lynn, MA. He worked at various jobs before working at New England Baptist Hospital for 27 years as a Professional Engineer. He was a Rose Donor with the Office of Philanthropy after his retirement. He and Pauline had a flag pole and plaque erected on the ground in memory of their son, Richard Ellis Mason. He also worked at Lehay Clinic for five years as a consultant. He and Pauline built a home in Jackson, NH and permanently moved there after full retirement for both of them. Don was elected to membership in the Ancient and Honorable Artillery Company in 1976. He served as Color Sergeant and Military Support Company, 6th Sergeant of Artillery, Assistant Paymaster, the Ten of Us Club, and continued to serve after moving to Jackson. He became a life member as Ltc. Donald Mason in 1995. He served with exceptional pride, considering it to be an honor to serve as a member of the Company, traveled to 22 countries for various ceremonies and other activities, including joining the Company with the Honorable Artillery Company in London when Queen Elizabeth II presented the Colors to the Honorable Artillery Company. He also served in the Massachusetts National Guard, attaining the rank of Major. Don loved golf, playing any course with pride with his Bobby Jones Persimmon Wood driver. He learned how to play working as a caddy as a teenager in New Hampshire and Maine. He once caddied for Babe Ruth. He loved the White Mountains of New Hampshire and skied whenever and wherever he could. Using his skills as a builder and engineer, he could build almost anything or solve any problem with simple solutions. He built a home for his father, the family home in Lynn, and the retirement home in Jackson. There were few things that Don could not fix. He had a keen eye for design, colors and what worked with whatever, and arose each day with a project to work on in his basement or garage shop. He lived life to the fullest extent until his death. Morris Funeral Home in Asheville is assisting Dr. Garland in arrangements for preparation and transport to Lynn, MA. Solomine Funeral home is assisting the family in Lynn. The Wake will be held on June 27, 2017 4-8 pm at Solimine Funeral Home in Lynn. The Mass will be at 11 am, June 28, 2017, at Sacred Heart Church and burial with his son Richard and wife, Pauline at Pine Grove Cemetery followed by a luncheon. Memorials may be made to CarePartners Foundation, PO Box 25338, Asheville, NC 28813 or New England Baptist Hospital Office of Philanthropy, 125 Parker Hill Avenue, Boston, MA 02120.

Donald Walter Mason died on June 14, 2017 with the tender, loving care of CarePartners Solace Hospice and Palliative Care Center of Asheville, NC. His sacred transition from this life and ascension into the arms of angels was peaceful as that... View Obituary & Service Information

The family of Mr. Donald Walter Mason created this Life Tributes page to make it easy to share your memories.

Send flowers to the Mason family.