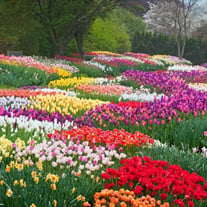 Thomas Dill, 79, retired physician, passed away April 21, 2022 at home in North Asheville, NC. Tom spent his life and career in service to the communities of Asheville and Sylva, NC as a pediatrician and school board member. He was born in Grovetown, Georgia in 1942. A middle child in his family, along with his two sisters, he was raised by his mother Virginia Dill, a school teacher and his father Joseph Dill, the superintendent of the local lumber yard. He had an illustrative high school football career, his team nearly winning the state championship at Richmond Academy in Augusta, GA. He secured the superlatives of “Best Personality” and “Most Handsome” before he went on to college and medical school at Augusta College, University of Georgia at Athens and ultimately at Medical College of Georgia respectively. He served as a medic in the Navy during Vietnam. He completed his medical training via internship in Charlotte, NC and residency at Grady Hospital in Atlanta before embarking on a career in rural pediatrics in Western North Carolina. Tom was known to be soft spoken and gentle in his nature. He found solace in the simple acts of walking (especially the golf course), reading, and gardening. He was a lifelong Atlanta Braves fan and proud member of the Jackson County Golf Club. He was always up for an adventure and had a silly sense of humor. He had the great skill of making you feel heard--achieved by listening more than speaking, a philosophy he espoused his entire life. He was not a man of small talk and much better at discussing life’s big questions. When asked to define his most important values in life, he would tell you justice and integrity. By those who knew him, he would carry the title of gentleman. He was a beloved father and husband, devoted to his numerous animal companions, and enjoyed his community at the Unitarian Universalist Church of Asheville. He kept friends from all chapters of his life from youth to his final days. He is survived by a large and loving family, too numerous to list, a testament to his legacy. The family will hold a private celebration of life at his request in lieu of a formal service. He would want you to practice kindness in your thoughts and actions. Share your memory of Tom and condolences at the following memorial website, also with links to causes that he supported. https://www.gatheringus.com/memorial/thomas-dill/9085/view/public

Thomas Dill, 79, retired physician, passed away April 21, 2022 at home in North Asheville, NC. Tom spent his life and career in service to the communities of Asheville and Sylva, NC as a pediatrician and school board member. He was born in Grovetown,... View Obituary & Service Information

The family of Dr. Thomas "Tom" Edward Dill created this Life Tributes page to make it easy to share your memories.