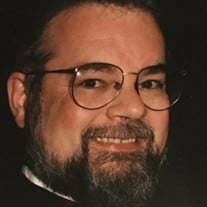 Frank Black Miller, MD. November 6, 1947 – July 30, 2020. It is with profound sadness and tremendous love that Dr. Miller's family announces he passed away on Thursday morning. For over ten years, Dr. Miller met and overcame numerous health challenges, always with fierceness, dignity, a warrior-like courage, and a tremendous sense of humor. His life was intensely unique. He was born in New Mexico, and lived in Colorado, Tennessee, Israel, British Columbia, Texas, Michigan, North Carolina, Arizona, and South Carolina. He spoke English, Hebrew, and Spanish. He was valedictorian of his high school class at Holston High School in Knoxville, Tennessee and attended the University of Tennessee at Knoxville for one year before he transferred to the University of Michigan at Ann Arbor. There he was asked to enter the accelerated BS/MD program and was able to skip undergraduate studies and receive both degrees early so that he could do extensive rotations in neurosurgery. Because he paid for his own education, he held many jobs during medical school, including doing autopsies, working at Ypsilanti Forensic Center and at the children’s unit at the University of Michigan hospital. In 1974 he received his MD from the University of Michigan and moved to Duke University Medical School where he received residency training in psychiatry. Frank was a uniquely gifted psychiatrist, touching the lives of an estimated 150,000 patients in his over 45 years of dedication to psychiatry. He was certified in adult, geriatric, and child psychiatry. He was one of the first physicians in western North Carolina to be certified in opiate recovery medicine. He was also gifted at diagnosing patients with symptoms that often stumped his colleagues. He was so beloved by his patients that several followed him for decades. He loved teaching and took great care in passing on his wisdom to the upcoming generations of psychiatrists. One of his proudest accomplishments was twice receiving the Golden Apple Award for teaching Psychiatry. In addition, he was named one of the Ten Top Physicians in the state of North Carolina. He was also an acclaimed blogger about mental health reform, a subject he was passionate about and which he studied tirelessly. Another blog he published is called Pen and Psychiatrist. While he leaves us with a heavy heart in his passing, he leaves a legacy of touching so many people’s lives through his unending dedication to his work and his heartfelt care for his patients. Often noted for his goofy persona and famous for his jokes, Frank was also a generous, warm, and funny soul as well as a deeply loyal friend to those in his orbit. He was a committed partner to his wife, Judy Shelton Miller, transforming her life as a loving husband, a devoted father, and truly admirable life partner. Their attachment was indescribable, and she was his true emotional center. He leaves behind a sister, Ann Miller Ammons, and a brother-in-law JD Ammons, with whom he had a deep, remarkable bond. He also leaves behind his daughters, Carolyn Miller Yentsch and Megan Elizabeth Miller, and his son, Jesse Zachariah Miller. He leaves a legacy of two granddaughters, Madeline Elizabeth Yentsch and Dakota Rose Szeman, and three grandsons, William Andrew Yentsch, Maxwell Edward Szeman, and Gabriel Jaxon Szeman, and numerous nieces and nephews and cousins, all for whom he had endless affection. Dr. Miller will be buried at Riverside Cemetery in Asheville, North Carolina at 10:30 on Monday, August 3, 2020. There will be Shiva services at 7:00 pm on Tuesday August 4th and Wednesday August 5th, 2020, at the Miller home in Morganton, North Carolina, and over Zoom. Please contact the Congregation Beth HaTephila in Asheville at 828-253-4911 for more information. Dr. Miller loved to make people laugh, so in conclusion here is his last laugh: A psychiatrist is a person who will listen to you as long as you don’t make sense. We make a living by what we get; we make a life by what we give. ~ Winston Churchill. In lieu of flowers, the family asks that memorials be made to the National Alliance for Mental Illness, https://www.nami.org/About-NAMI/Donate-to-NAMI or Multiple Myeloma Research Foundation, https://themmrf.org/.

The family of Frank Black Miller MD created this Life Tributes page to make it easy to share your memories.

Send flowers to the Miller family.