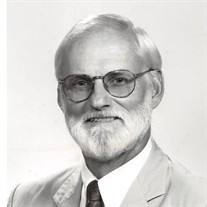 George H. Rogers, 78, died Tuesday, February 13, 2018 at Brookdale Asheville Waldenridge. He was born in Asheville on March 11, 1939 to George H. Rogers, Sr. and Polie Key Brown Rogers. He graduated from Lee H. Edwards High School in 1957 and from UNC Chapel Hill with a degree in Business and Accounting. George worked for the NC Dept. of State Auditors before joining Toland and Rogers, CPA. After several mergers, he retired from Dixon Hughes CPA in 2001. He was a member of NC and American Institute of Certified Public Accountants for 40 years. He enjoyed volunteer work on United Way committees, YMCA, Biltmore Forest Country Club as Treasurer and a member of the Board of Governors, Central United Methodist Church on the finance committee, a Stephen minister, and a Knight of the Rhododendron Royal Brigade of Guards. He enjoyed golf and playing cards most of his life. He is survived by his wife, Gail Northen Rogers; son, Jeffrey and his wife, Dawn; two grandchildren, Jackson Lee and Mary Kathryn; sister, Mary Gladys Bitter and her husband, Karl; brother, Jack B. Rogers and his wife, Carolyn; brother in law, John A. Northen and wife, Kelly; and nieces and nephews. A Celebration of Life will be held at 1:30pm on Sunday, February 18, 2018 at Central United Methodist Church with Rev. Dr. Robert Blackburn officiating. The family will be gathered in the parlor at 1:00pm. In lieu of flowers, a donation may be made to Central United Methodist Church or charity of one's choice.

The family of Mr. George H. Rogers created this Life Tributes page to make it easy to share your memories.