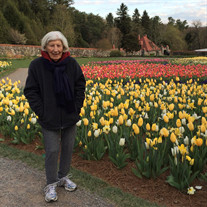 Irene Miele Visnich died on October 24, 2021 at the age of 97 at her home in Asheville, NC. She previously lived in Pittsburgh, PA. Irene Miele was born in 1924 in Avella, Pennsylvania. She was the daughter of Amelia Baroni and Giovanni Miele.... View Obituary & Service Information