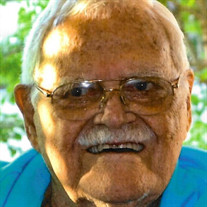 Jack was born in 1928, the son of a union steelworker and his no- nonsense wife in Waterloo, Iowa. They were doting, demanding, devout Methodist parents, and he fulfilled their expectations quite well; straight A’s, baseball player, lifeguard, Sea Scout, always employed, with a good-looking, fun-loving red-headed girlfriend from across town, Marilyn, the daughter of a tough union meatcutter and his wife. He joined the Navy and, upon discharge, married Marilyn Redmon “Red” he always called her—in 1948. The GI Bill sent him to college at Iowa State, the first in his family to graduate. After grad school, he received a Ph.D in mathematics from Case Institute in Cleveland. By the time they handed him the sheepskin he was Dad to four kids. While adding two more, he bounced around from college to college, like all young professors-in-training, until, in 1967, he landed at Asheville Biltmore College—now UNCA—where he remained until he retired in 1995 after teaching math to thousands of students. When he wasn’t bouncing grandbabies on his knee, he was a tireless community volunteer and active member of St. Mark’s Lutheran Church. A proud lefty Democrat, Jack was generous with his love, his time, his checkbook and his opinions. Mark, John, Matt, Gretchen and Heidi, will miss him deeply, will miss his wisdom, his understanding, his impossible standards, and his skill as a mechanic. All of them, plus his sixteen grandchildren, and nine great-grandchildren, plus his beloved caregiver, Dorothy, will miss the strength of his truth, the softness of his heart, the warmth of his love. After passing peacefully on March 31st, 2021, Marilyn and Becky have now welcomed him home. He hated the thought of hungry children and would ask you to remember him by donating to Manna Food Bank, https://plannedgiving.mannafoodbank.org/memorials-and-tribute-gifts. Morris Funeral & Cremation Care is serving the family and messages may be sent to them at www.morrisfamilycare.com.

Jack was born in 1928, the son of a union steelworker and his no- nonsense wife in Waterloo, Iowa. They were doting, demanding, devout Methodist parents, and he fulfilled their expectations quite well; straight A&#8217;s, baseball player,... View Obituary & Service Information

The family of Jack Charles Wilson created this Life Tributes page to make it easy to share your memories.

Send flowers to the Wilson family.