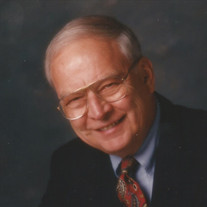 James Freeman Johnson, born on October 30, 1932 in Cedar Rapids, IA, died on December 2nd, 2018 in North Carolina. He graduated Knox College in Galesburg, IL, where he was a member of the Phi Gamma Delta fraternity. It was there he would make lifelong friends in Russell Schwem and Jim Albrecht. After Knox, Jim enrolled in ROTC and was stationed in Germany with the Army in 1955. He was a Second Lieutenant with the Big Red One company. He would buy his beloved 1954 Porsche Speedster while stationed there, a car he remembered fondly for the rest of his life. On returning to the US from his time in the Army, Jim entered the world of sales. It was a career path that would take him all over the world, traveling to all 50 states, over 30 countries, and six continents. His first sales job was working for American Chicle, where he would be part of the team that came up with the particular flavors of chiclets in the early 1960s. He also worked in sales positions with Warner Lambert and American Optical before transferring to HON Office Furniture as the Vice President of Sales, where he would remain until he retired in 1997. While at HON, he was instrumental in grooming sales people to go on to be leaders in the furniture industry. The view from his office looked over a grain elevator that, to him, looked like one of HON's famous filing cabinets. Eventually, it would be painted like one. Before embarking on his long career in sales, Jim spent a summer working at Glacier National Park that sparked a lifelong love in America's National Parks that led him to retiring in Henderson, Nevada. Living there, he could easily travel to many of the American Southwest's natural treasures, along with volunteering with the Navajo. In 2002, after a series of medical problems, Jim moved to North Carolina to be with his only child, Cattlin. He lived with his caretaker and best friend, Terry Fields, until he passed. Some of Jim's greatest passions in life were traveling, golf, swimming, reading mystery novels and historical non-fiction, and watching football and old movies with his daughter. He also never passed up on opportunity to enjoy a vodka on the rocks and singing "Old Paint". Jim is preceded in death by his father, HJ Freeman Johnson, and mother, Marie Rose Slouf Johnson. He is survived by his daughter Cattlin Johnson in North Carolina, his sister Jacqueline Young and her family in Minnesota, his uncle Raymond Slouf and his family in Pennsylvania, along with his caretakers Terry Fields, Mary Lou Rice, and Christopher LaRue. In lieu of flowers or gifts, please make donations to the Phi Gamma Delta fraternity at Knox College or to Brother Wolf Animal Rescue's Dickenson Shelter. A celebration of Jim's life will be held in Muscatine, IA at a later date in 2019. The Gamma Deuteron chapter of Phi Gamma Delta at Knox College, https://sites.google.com/a/knox.edu/gd-fiji/donate Brother Wolf Dickenson County, VA Chapter https://www.bwar.org/dickenson/

James Freeman Johnson, born on October 30, 1932 in Cedar Rapids, IA, died on December 2nd, 2018 in North Carolina. He graduated Knox College in Galesburg, IL, where he was a member of the Phi Gamma Delta fraternity. It was there he would make... View Obituary & Service Information

The family of James F. Johnson created this Life Tributes page to make it easy to share your memories.

Send flowers to the Johnson family.