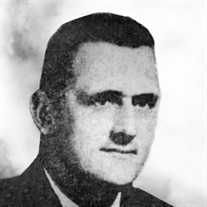 Dr. James M. “Jim” Sloan, III died on May 23, 2018 in Asheville at the age of 87. He was a native of Gastonia, North Carolina, born July 8, 1930, the first son of James M. Sloan, Jr. and Frances Robinson Sloan of that city. He attended public school there and then went to Davidson College in Davidson, North Carolina on a partial athletic scholarship. There he played on both the football and golf teams and graduated in 1952 with a BS degree in pre-med. He was a member of Kappa Sigma fraternity. Close family ties to Davidson had drawn him to Davidson. He then attended Duke University Medical School, Durham, North Carolina, where he received his M. D. degree in 1956. While at Duke he was elected to AOA, an honorary medical society of national prominence. His internship was at Charity Hospital in New Orleans, Louisiana, under both the LSU and Tulane medical School sections. Following this he enlisted in the U. S. Navy and served two years as a physician with the 2nd Marine Division at Camp Lejeune, North Carolina. He was stationed at the U. S. Naval Hospital there. After his military service was completed, Dr. Sloan went to the Huey P. Long Hospital in Alexandria, Louisiana, for a one year family practice residency. Following this he opened his medical practice at Gibson Hospital in Enterprise, Alabama before moving to Asheville, North Carolina in 1961 and began the practice of family medicine on Tunnel Road, opening the East Asheville Medical Center which ultimately included Dr. Harry Summerlin and Dr. Roger James. He practiced there for 38 years before his retirement in 1998. In 1976, he served as a short-term medical missionary in Nigeria, West Africa, under the Western North Carolina Methodist jurisdiction. He was active in the Fellowship of Christian Athletes organization and was a team doctor for Owen and Reynolds High Schools. Dr. Sloan received a Mead-Johnson fellowship in family medicine, was a member of the Buncombe County and North Carolina medical Societies, The American Medical Association, The American Academy of Family Physicians and the Southern Medical Associations along with the North Carolina Academy of Family Physicians. He held several positions in those groups. He was a member of Central United Methodist Church where he taught the Senior High Sunday School group for many years and served on other church related boards. Following retirement, Dr. Sloan served on several non-profit boards among which were: Life after Cancer, Pathways, The Snail’s Pace, Building Bridges and Centurion House. He was the first Board Chairman and helped start what is now Asheville Christian Academy in ifs infancy. The old school campus was placed on land deeded to Dr. Sloan by Captain Robert Reece of the Asheville Police Department. His grandfather had stated that that land was to be used only for the glory of God; and indeed it was! An avid golfer since his high school days, Dr. Sloan was a member of the Country Club of Asheville and cherished the competition that the game afforded against such former “greats” as Arnold Palmer, Mike Souchak, Doug Saunders and several Walker Cup players. He was an active N. C. Seniors Golf Association player. Childhood friends will remember him as “Slimey” Sloan. His greatest love, however, was for his family and for The Lord Jesus Christ. He is survived by his wife of 62 years, Elizabeth “Joanna” Sloan and their children, James M. Sloan, IV and his wife, Rhonda of Charlotte, Joseph A. Sloan and his wife, Heather of Troutman, Thomas A. Sloan and his wife, Mary of Asheville and Stephen C. Sloan and his wife, Jeryl of Asheville; eight grandchildren, Sarah, Adam, Cate, Mary Beth, Joshua, Noah, Luke and Grace; brother, Sam R. Sloan and his wife Suzanne of Montreat; nephew Ross and niece, Barrett. He was preceded in death by his daughter, Sarah Christine “Christy” Sloan. A memorial service celebrating his life will be held 3:00 PM, Sunday, June 3, 2018 at Central United Methodist Church, 27 Church Street, Asheville. Dr. Robert Blackburn, Jr. will officiate. Memorial contributions can be sent to the Christy Sloan Memorial Scholarship Fund, Davidson College, 405 N. Main Street, Davidson, NC 28035.

The family of Dr. James M. Sloan III created this Life Tributes page to make it easy to share your memories.