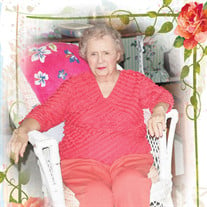 Jane Rowan Glossbrenner Cozier, 84, of Asheville, NC passed away on Friday, November 22, 2019 at the Elizabeth House in Flat Rock. A native of Indianapolis, IN, she was daughter of the late Col. Daniel Independence Glossbrenner and Edna Schnull Glossbrenner. The youngest of five children, Jane was raised on Rainbow Farms (one of the larger farms on the outskirts of Indianapolis). The farm produced grains, alfalfa, corn and soybeans while raising cattle, sheep and hogs. A 1953 graduate of Broad Ripple High School, Jane attended Butler University and Hanover College where she majored in French with a minor in Sociology. She worked as a waitress in the summer of 1953 she also worked assisting in a Kindergarten Occupational Therapy Department, assisting a friend in a retail gift shop and as a clerk-typist for the Army Finance Center at Fort Benjamin Harrison. Jane met John Kenneth Cozier, Jr. and they were married on July 20, 1957, they were married 60 years prior to his death in 2018. In July of 1959, Jane and Ken welcomed their first child and Jane began her role of full-time mother. As a perpetual volunteer in her church and community, she was very involved in many clubs, lodges and organizations. She was a lifetime member of the National Presbyterian Mariners and the Republican National Committee and was also a charter member of the Republican Presidential Task Force. Along with her husband, she was active in Presbyterian Mariners from 1967 – 1987 where they both held various leadership positions, including Skipper (President). While in Potomac, MD, she was the editor for “Country Place” and Wayside Elementary School PTA newsletter. She was active in Geneva United Presbyterian Church in Rockville, MD where she served in many roles over 20 years. She was President of the Presbyterian Women, served as a Deacon and was the Editor of the church newsletter. She served as the Finance Chairman of the Synodical of the Piedmont (women’s organization) on the Synod level of government for two years and was a member of the National Presbyterian Church in Washington, DC. In 1991, Jane became a member of First Presbyterian Church of Asheville. Over her 14 years there, she served as representative, publicity chairman and newsletter editor for Church Women United and went on to serve several years as treasurer of the Presbyterian Women. She was also editor of the church newsletter for 20 months. She was moderator of the Presbyterian Church Women’s Co-ordinating team in 2000. She was a lifetime member of Presbyterian Women. Jane also served as newsletter editor for the Symphony Guild of Asheville from 1992-1994, Beaverdam Run Condominium Community from 1995-1997, served on the communications committee and was Copier Committee Chairman for Beaverdam Run Association. She is survived by her four children and their spouses, and five grandchildren. She was preceded in death by her husband and four siblings. A memorial service will be held 2:00 PM, Saturday, December 14, 2019 in the Chapel of Morris Funeral and Cremation Care, 304 Merrimon Avenue, Asheville, NC. The family will receive friends one hour prior to the service, beginning at 1:00 PM. Interment will follow the service at Lewis Memorial Park, 415 Beaverdam Road, Asheville, NC.

Jane Rowan Glossbrenner Cozier, 84, of Asheville, NC passed away on Friday, November 22, 2019 at the Elizabeth House in Flat Rock. A native of Indianapolis, IN, she was daughter of the late Col. Daniel Independence Glossbrenner and Edna Schnull... View Obituary & Service Information

The family of Jane Rowan Glossbrenner Cozier created this Life Tributes page to make it easy to share your memories.

Send flowers to the Cozier family.