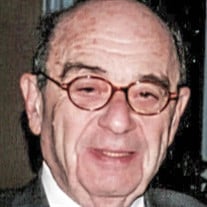 Karl Straus, Community Leader and Attorney, Dies at 96. Karl H. Straus, an attorney for more than 65 years, known for his community involvement and leadership, died in Asheville, NC, September 6th after a brief illness. Mr. Straus was born in Mannheim, Germany, in 1921 and immigrated to the United States in 1936 to escape Nazi Germany. He moved to Asheville, NC, in 1952, and, began and built the firm that would later be known as Patla, Straus, Robinson & Moore, P.A. Because Mr. Straus believed that his community had offered him extraordinary opportunities, he wanted to give back, and he became a pillar of the community. He served in leadership roles on numerous boards and committees, including the UNCA and the UNCA Foundation Board of Trustees, and the boards of Memorial Mission Hospital, Wachovia Bank, the Asheville Tourists Baseball Club, Gibbons Hall School, the Capital Bank Corporation, the Buncombe County Bar Association, Congregation Beth Ha Tephila, the Asheville Symphony, Brevard Music Center, and the Community Foundation of Western North Carolina. To provide pro bono legal services for those in need, he helped found the Legal Aid Society, now Pisgah Legal Services, where he served both as board member and as board chairman. He gave his heart to fighting intolerance, prejudice, and discrimination, and volunteered his time with the Asheville Chapter of the National Association of Christians and Jews and the Asheville Buncombe Human Relations Council. Mr. Straus was an avid runner well into his seventies, and in 1992, UNCA dedicated its running track to him. He had the privilege of carrying the Olympic torch in the 1984 Summer Olympics Torch Relay. In 1942, Mr. Straus tried to join the military, but was rejected as an “enemy alien.” As soon as he became an American citizen, he became a member of the US Army Air Corps, then transferred to the Allied Military Government for postwar Germany. He received a bronze star for his work in the denazification program of the Allied Military Government. Returning to the United States in 1946, Mr. Straus benefited from the GI Bill to attend college and law school at New York University, while also working at a gas station. He started dating the love of his life, the late Sylvia Patla, in NY, an Asheville native, and together they returned to Asheville, where they started their family. He is survived by three children and their spouses, Lisa Straus and Jim Bethel of Washington, DC; Hank Straus and Karen Barwick of Chapel Hill, NC; and Joel Straus and Nancy Zwick, of Evanston, IL; three grandchildren, Max Mizell of Delray Beach, FL; and Nathan and Isabel Straus of Evanston, IL; and several nieces and nephews, who will miss his playfulness, love, and wisdom. The funeral will be held at Temple Beth Ha Tephila, September 10, at 1:00 pm. Contributions in his memory can be made to Pisgah Legal Services, UNCA, or Temple Beth Ha Tephila.

The family of Mr. Karl Straus created this Life Tributes page to make it easy to share your memories.