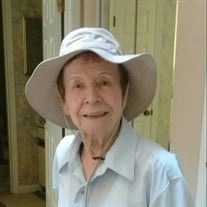 Kathleen Palmer Brown Corbin was born in Exeter, NH on March 13, 1927, to Helen Ruth [Spillane] and Albert Addison Brown, the eldest of three, all daughters. On April 19, 2021, independent nearly to the end, she died in Asheville, NC, her beloved Blue Ridge Mountains standing watch. Over the course of her 94 years, she lived a life that was uniquely hers and hers alone, a life we honor here. Kathleen spent her childhood in Hampton, NH, then Exeter. Upon graduating in 1945 from Exeter’s high school for girls, Robinson Female Seminary, Kathleen attended Concord [NH] Hospital School of Nursing, serving briefly in the US Cadet Nurse Corps. However, after fainting in the operating theater, she decided nursing wasn’t for her, and then found, if she couldn’t heal a hurt, she could balance the heck out of a checkbook. So after attending McIntosh Business College in Dover, NH, she entered the world of banking, bookkeeping, secretarial and paralegal work. Meanwhile, the brown-eyed, brown-haired, red-lipped Kathleen turned not a few heads with her looks and style, including blue-eyed, red-haired Gordon Giles Corbin, whom she married in 1950. They had their first child a year later. And at a time when it wasn’t the norm, she not only kept her nine-to-five, she supported her husband’s business venture, and in 1957, Kathleen and Gordon, now with three children, including a newborn son, moved to Plaistow, NH to operate an eight-lane bowling alley. Seven years later, in 1964, the business failed, and with six kids in tow, including a newborn daughter, they moved to Gordon’s family home in Portsmouth, NH to begin again. Although frightened of the future, Kathleen did the next thing that needed doing, immediately landing a job as a legal secretary. Over the next 35 years, she remained in this field, and, during the last few, was finally recognized and compensated for the sharp paralegal she had always been. During this time, she also worked briefly as a nurse’s aide, caregiver to her first grandchild, and sales associate/bookkeeper in a family-owned boutique. Then, in September, 1999, at 72, she and Gordon left all behind and ran away to Asheville, NC, to begin yet again. They fit in seamlessly, spending the next year settling into their new home and a welcoming community. After her husband’s unexpected death in 2000, Kathleen remained in Asheville, finding a rhythm in life that soothed her, and time to herself for the simple pleasures she had always loved. She continued to contribute to the welfare of others, whether by volunteering at a food pantry, or just by being a good neighbor. She kept her hands busy with crocheting and gardening, her mind busy with reading and cross-word puzzles, and her wits sharp tending to her affairs so her children wouldn’t have to wonder or worry. She was grateful for family visits, and, in her last years, the daily company of her middle child. Each day, when Kathleen opened the “Asheville Times,” her daughter would ask, “What’s the weather in Seattle?” To which she would invariably reply, “Rain.” Kathleen will be remembered in many and different ways by those who knew and loved her. So many! We will remember her beautiful braided rugs, the bar she set for apple pie, and family road trips to nearby parks and beaches, Saratoga Springs for the races, New York City for visits with her son and family adventures in general, Paris with her sister, Ireland with her daughter. We will remember her extraordinary work ethic, her surprising sense of humor, her ability to captivate the opposite sex, the relationships she deepened with her granddaughters, her gradual softening as the years went by. We will remember her love of reading, walking, birding, gardening, sports (spectator, anything with a ball), and, in her later years, television, lately on a big screen thanks to one daughter, with the bonus of Netflix courtesy of another. We will remember she painted by numbers so beautifully you almost couldn’t tell she was coloring inside the lines. And if, in her heart of hearts, she had wished for a different path, she did not stray far, or often, from the one she walked all these many years. She did what she could, keeping her family together, fed, clothed, and sheltered, and teaching us by example to be self-sufficient. In her “memory book,” these are the last words she wanted said: “I love you all dearly, your mother, Kathleen B. Corbin.” As well as her parents and husband, Kathleen is predeceased by her younger sister, Paula [Brown] Corbin, and her son, William Addison Corbin. She is survived by her youngest sister, Sally Ann [Brown] Walker (and husband Carl) of North Hampton, NH; daughters Vicki Robinson of Portsmouth, NH, Sharon Rhodes of Portsmouth, NH, Jo-Ann Corbin of Asheville, NC, and Jennifer Corbin of Barrington, NH; son Stephen Corbin (and wife Tina) of Rochester, NH; granddaughters Stacy Robinson of Portsmouth, NH and Washington, DC, Erica Woulf (and husband Nick) of West Medford, MA, Rochelle Jones of Portsmouth, NH, Marissa [Corbin] Chapman (and husband Aaron) of Rochester, NH, and Cynthia Marie Hansen of VA; great-grandson Jacob Woulf; niece Carol Ann Walker; nephews Gary Walker, Kent Walker and Russ Corbin; and, nieces and nephews on her husband’s side, many of whom remained in touch. In lieu of flowers, please consider donations to Asheville Buncombe Community Christian Ministry (ABCCM), a nonprofit organization working in Buncombe County to address poverty, hunger, homelessness, and health care access.

Kathleen Palmer Brown Corbin was born in Exeter, NH on March 13, 1927, to Helen Ruth [Spillane] and Albert Addison Brown, the eldest of three, all daughters. On April 19, 2021, independent nearly to the end, she died in Asheville, NC, her beloved... View Obituary & Service Information

The family of Kathleen Palmer Brown Corbin created this Life Tributes page to make it easy to share your memories.

Send flowers to the Corbin family.