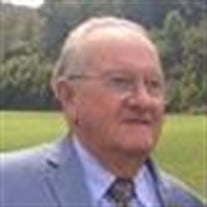 Lee Roy Gaddy, 81, of Alexander, husband of Betty Nelon Gaddy, died August 23, 2016 at Saint Joseph Hospital. Lee Roy was the son of the late Clarence and Flossie Wynnes Gaddy. Lee Roy is survived by his children Dan (Susan), David (Marie), and Debra Gaddy; grandchildren Dr. Jeremiah Gaddy (Alice), Jessica Carter (Steven), and Alison Gaddy; three great grandchildren Killian, Lucy, and Vann Carter; plus several nieces and nephews. He is also survived by Betty’s children Terry (Kimberly), Vickie Phillips (Jon), and Michael (Ashley). His brothers are Robert of Candler, Ralph (Dixie) of Dewy Rose, Ga, and Jennings (Rosemary) of Cary, NC and his sister Martha Cassidy of Cleveland, TN. He was preceded in death by sisters Hazel Bumgarner, Wilda Linkous, and Dorothy Williams. Lee Roy attended Candler High School and Western Carolina University. He retired from the Veteran’s Administration after 40 years as a research scientist. Some research projects were cutting-edge studies with heart valves. During that time he received numerous awards. With his family they shared an active farm life in Candler. The farm included crops and cattle. Everyone admired the gorgeous and functional farm. Woodworking skills were one of his many talents as seen in tables and cabinets and houses which he built on the farm. He and his first wife Louise Masters loved their farm life. Lee Roy was blessed to have 2 special women in his life. His first wife Louise gave him over 55 years of love and happiness. After her passing in 2010, a life-long friend became his 2nd love. The former Betty Nelon became his 2nd wife for the last 5 years of his life. They were both members at Asbury Memorial United Methodist Church for over 50 years. From 2011 to 2016, Lee Roy and Betty enjoyed retired life. The large lawn of their home in Alexander was a show place of flowers and vegetable gardens. Lee embraced the freedom to travel and explore new places abroad and in the states with Betty. Lee Roy’s celebration of life will be held on Friday, August 26, 2016, at Asbury Memorial United Methodist Church, 170 Beaverdam Road, North Asheville. Visitation will be 1 hour before the 2pm service with the Rev. Dan Gaddy officiating. Following a graveside service, a reception will be held in the fellowship hall. In lieu of flowers, a contribution to the cemetery fund would be greatly appreciated.

The family of Mr. Lee Roy Gaddy created this Life Tributes page to make it easy to share your memories.

Send flowers to the Gaddy family.