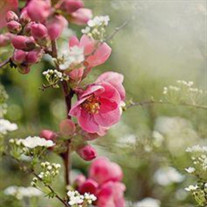 Lorraine Davis White King, 97 peacefully passed away on Friday, September 10, 2021, at the Laurels of Hendersonville. Lorraine King was born April 19, 1924, in Springfield, Il, to Edward L. Davis and Cecile C. Schirnding Davis. She was preceded in death by her husband of 25 years, Robert Alton White, her second husband of 23 years, David L. King, Her son, Robert A White, Jr, and his wife, Carol Lord White. Lorraine is survived by her daughter, Karen White Chambers, and her husband, James w. Chambers, Jr, and her granddaughter Barbara Chambers Phillips and her husband, Trint Phillips, and her grandson John Robert White. She was a much-loved mother, grandmother, aunt, and loved by many. She met her first husband before he was sent to England in WWII. Their love was one of the storybooks; falling in love at first sight, marriage with two children and a happy home. During this time she accomplished the task of getting a degree in Pre-Medicine. Something that women didn’t do at this time. From 1966 until 2007, Lorraine (Larri) became a well-known artist in Atlanta with many awards to her name. She was active in the Atlanta Artists Center, the Southeastern Pastel Society, and the Georgia Watercolor Society. She taught watercolor classes in Gainesville and Atlanta, GA. Participation in the electoral process was very important to her. Being a member of the Georgia Republican Party and the League of Women Voters were important to her. Our country’s continuation as a glorious nation through the electoral process was something in which she heartily believed. A memorial service will be announced at a later date. In lieu of flowers, donations are requested to be sent to the Atlanta Artists Center or the Southeastern Pastel Society.

The family of Lorraine Davis White King created this Life Tributes page to make it easy to share your memories.