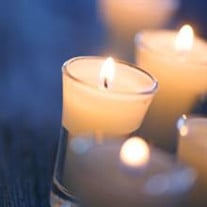 Margaret Wilson Hairston Lee, 95, of Asheville died Monday, June 18, 2018. Margaret, daughter of Robert and Nishia Scruggs Hairston, was born in 1922 in Rutherfordton, NC, and moved with her parents to Raleigh at age ten. She graduated from Needham Broughton High School in Raleigh in 1940 and then studied at St. Mary’s Junior College through 1941. She made her debut at the Terpsichorean Ball in 1941 and married Walter Hatch Lee, native of Asheville, in August of 1945, right at the end of World War II. They lived in Charleston while he completed his degree at The Citadel, and then settled in Asheville in 1948. Margaret always considered Charleston a second home and had wonderful lifelong friends there; she also felt fortunate to have lived in Asheville for so many years. Over the years, Margaret was active in the Junior League, Children’s Welfare League, National Society of Colonial Dames of America, Town and Country Garden Club, Trinity Episcopal Church, and the St. Mary’s Board of Visitors. She loved to travel and wherever she went, had a gift for making friends with whom she kept in regular touch. She was a happy founding member of the local Good Time Girls. She is survived by her two daughters, Meg Davis and Sallie Lee, and two granddaughters, Shelby Haggard Gillion and Julia Davis. She was preceded in death by her husband of sixty-one years, Walter, and her two brothers: Robert Hairston III of Miami and Peter Hairston of Charleston. There will be a private family burial at a later date. In lieu of flowers, donations would be appreciated to one of these: The Asheville Humane Society - https://donatenow.networkforgood.org/donate2015, The Blue Ridge Parkway Foundation - https://www.brpfoundation.org/donate, National Society of Colonial Dames of America-Dumbarton House - http://dumbartonhouse.org/support, Four Seasons Hospice -https://www.fourseasonscfl.org

Margaret Wilson Hairston Lee, 95, of Asheville died Monday, June 18, 2018. Margaret, daughter of Robert and Nishia Scruggs Hairston, was born in 1922 in Rutherfordton, NC, and moved with her parents to Raleigh at age ten. She graduated from... View Obituary & Service Information

The family of Mrs. Margaret H. Lee created this Life Tributes page to make it easy to share your memories.

Send flowers to the Lee family.