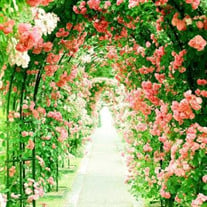 Margaret Barker Suttles passed away peacefully in Asheville, NC surrounded by her family and loved ones on September 16, 2021, three days after celebrating her 91st birthday. Born Margaret Alma Barker September 13, 1930, in Liverpool England, she spent her formative years in war-torn London with her mother, Elsie Barker and brother, James “Jimmy” Barker. As happened with many children living in London at the start of the war, she and Jimmy were separated from their mother and evacuated to the coast during “Operation Pied Piper”. Eventually, they returned to London to be together as a family during the final years of the war. She told stories about hiding in the underground subway during the bombing of London while singing songs like “We’ll meet again” to pass the time. In 1957, she emigrated to Canada and eventually made it to Atlanta, Georgia in 1961 where she met her husband of 51 years, William Joseph (Joe) Suttles, After a whirlwind courtship of 3 months, they married in June of 1961, honeymooned in Italy and settled in Brookhaven, GA to raise a family. In addition to caring for her family, Margaret devoted her life to serving the Catholic Church for over 40 years as a choir member, soloist, and later, lector at Christ The King Catholic Church in Atlanta. She was also a lifelong supporter of the arts, serving on the Save the Fox Campaign, as a member of The Atlanta Civic Opera, The Atlanta Symphony Orchestra, and the Alliance Theatre. A member of the Daughters of the British Empire, she became an American citizen late in life, but her heart would always belong to England. She is preceded in death by her late husband William ‘Joe’ Suttles, her mother, Elsie Abercrombie Barker, and her brother, James Barker; and survived by her children, Joseph Lhind Suttles, April James Suttles, and Sean David Suttles, Deana Suttles, Denise James, and six grandchildren, Emmaline Barker Suttles, Abigail Lucy Suttles, Samuel Joseph Suttles, Bennett Conway Suttles, Jane Katherine Suttles and Ella Frances Suttles. A memorial service will be held at 10:00am, Thursday, October 21st at The Cathedral Of Christ the King. In lieu of flowers, we ask that you support The Society of St. Vincent de Paul with your donations. Morris Funeral & Cremation Care assisted the family and condolences may be sent to them through our website at www.morrisfamilycare.com.

The family of Margaret Barker Suttles created this Life Tributes page to make it easy to share your memories.

Send flowers to the Suttles family.