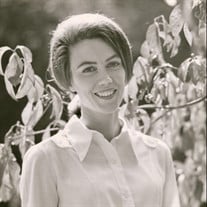 Nancy Hudgins Keller, 84 years old, passed away peacefully at Brooks-Howell Home, Asheville, North Carolina, on October 8, 2021, surrounded by those who adored her. She was born Nancy Jean Hudgins on May 11, 1937, in the small rural community of Wharton, Texas, daughter of Dolly Cox Hudgins and Green Clay Hudgins. The Hudgins family is a generations-old ranching family, known worldwide for their Brahman Cattle. Nancy Jean grew up on horseback, performed in the rodeo every Tuesday night, specializing in Barrel Racing and Quadrille, a Texas-style square dance on horseback. In 1955 Nancy was chosen as the local Future Farmers of America Sweetheart. In 1955, after what Nancy considered to be an ideal childhood spent surrounded by extended family and a close-knit group of friends, Nancy chose to leave Texas to attend Sophie Newcombe College, the coordinate women’s college of Tulane University, in New Orleans, Louisiana. In 1956, Nancy was elected to Tulane University’s Jambalaya Beauty Court. That same year, Nancy Jean had a blind date with Louisiana State University (LSU) second-year medical student, local New Orleanian, Charles Augustus Keller. For their first date at Camellia Grill, Charlie forgot his wallet and later stepped on her toes while dancing. He was completely smitten. The two married at Nancy’s Wharton home on August 9, 1957. Charlie’s lengthy medical training to become a cardiovascular and thoracic surgeon would take 10 more years in New Orleans, first at LSU, then Tulane and Ochsner Clinic. During this time, Nancy and Charlie started their family. By the time they readied themselves to venture away from New Orleans, they had four children in tow. Nancy and Charlie and their very young family arrived in Asheville, North Carolina in 1967. There, Charlie began the hard work of building the first heart program to serve Western North Carolina (WNC). The practice he started is today known as Asheville Heart. In 1967 heart surgery was being performed primarily in university-affiliated hospitals in large cities. Nancy was a tireless supporter of Charlie as he traveled WNC educating folks on heart surgery, while also working tirelessly to recruit a team of talented medical professionals to the area. His ultimate dream became manifest with the completion of Owen Heart Tower at Mission Hospital in 1995. Nancy’s primary focus throughout these years was supporting Charlie and raising their children. Her additional passions were gardening, painting and cooking. Nancy learned gardening from her Texas grandmother Clytie Hudgins, known for her award-winning daylilies—and chickens! Nancy had a lifelong interest in art and was especially fortunate to have studied for several years under Tucker Cooke at UNC-Asheville. Cooking was a passion that Nancy and Charlie shared, a love of food and entertaining. In 1979, Nancy and Charlie became co-founders of The Market Place Restaurant in downtown Asheville, an experience they treasured, especially for the friendship they developed with co-founder, chef Mark Rosenstein. When Nancy and Charlie arrived in Asheville in 1967, they began an extensive search for a spiritual home for their family. Charlie had grown up Catholic in New Orleans, Nancy, a member of Church of Christ in Wharton. Together, they chose All Souls Episcopal Church in Biltmore. They were avid attendees and served the church in a variety of roles throughout their lives, Nancy most especially as a member of the Alter Guild. Nancy will be remembered for her kindness and beauty, and also for her strength. She has often been described as a classic southern woman, soft spoken and sweet, kind to everyone. Nancy treasured her friendships made over her many years in Asheville. After the passing of her life’s partner, Charlie, in 2003, Nancy’s passion became her five granddaughters: Hannah, Sarah, Olivia, Josie, and Gabi. Nancy was loved by many and will be dearly missed. Nancy is survived by her sister Rachel Hudgins Bardwell of Houston, Texas; son Scott Green Keller and wife Amanda of Atlanta, Ga and their three daughters Hannah Ashley Keller, Sarah Catherine Keller and Olivia Charles Keller; daughter Leslie Ann Keller and husband Graham Ramsey; daughter Michelle Keller Gould and husband Joel Gould and their two children Josephine Malia Gould and Gabrielle Keller Gould. Nancy was preceded in death by her husband Charles Augustus Keller, Jr; her brother Green Clay Hudgins, Jr.; her son Gregory Shaun Keller. The family wishes to thank all the many devoted caregivers who have treated Nancy with love and kindness over her many years of residence at Brooks-Howell Home. And special thanks to Dr. Jim Cummings and Dr. Hiren Patel, and the loving companions Iris Hinze and Shiela Miller. In lieu of flowers, memorial donations in Nancy's honor may be made to a charity of your choice. A graveside service will be held at 2:00 pm on Thursday, October 14, 2021, at Calvary Episcopal Churchyard.

Nancy Hudgins Keller, 84 years old, passed away peacefully at Brooks-Howell Home, Asheville, North Carolina, on October 8, 2021, surrounded by those who adored her. She was born Nancy Jean Hudgins on May 11, 1937, in the small rural community... View Obituary & Service Information

The family of Nancy Hudgins Keller created this Life Tributes page to make it easy to share your memories.