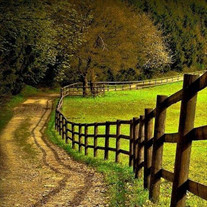 Norman Lee “Norm” Gum, 87, of Asheville died Tuesday, December 26, 2017. Born on January 14, 1930, Norm was son of the late Kenneth Lee Gum and Dorothy McKean Gum. He married Lillian Mansholt on January 21, 1950 and they lived in Mulberry Grove IL running the family telephone company alongside his mother. He was a telephone man from day one and experienced the progression of "ring up the operator" to "dial phones" to “radio car phones" to “cellular”, never losing his enthusiasm for the industry. The sale of the family business to Continental Telephone Co. in 1963 and his subsequent employment with Continental resulted in promotions and moves to Altamont and Sycamore IL, Weaverville NC, Dallas TX and St. Louis MO. He and Lillian settled in Asheville, NC upon his retirement in 1985 which allowed him and the love of his life many years to enjoy their passions of fishing, traveling, woodworking and spending time with family and friends. Norm was preceded in death by his parents; his wife of 57 years, Lillian; his sister, Gloria Buchanan; sister-in-law, Dorothy Wernle and her husband Cletus and niece Karen Wernle. He is survived by his son and fishing buddy, Howard and daughter-in-law, Christine; daughter, Ginny and son-in-law and woodworking buddy, Dan Cardinali all of Weaverville NC; grandsons, Jason and his wife, Lillie Gum, of Asheville NC and Daren and his wife, Mai Gum and great grandson, Trent, of Durham NC. He is also survived by his brother-in-law, two nephews, and one niece. Norm specifically requested that no services be held. The immediate family will have a private grave side service at a later date. Memorials may be made to Asheville Buncombe Community Christian Ministry (ABCCM), 20 Twentieth Street, Asheville, NC 28806 in his name for any who desire to do so.

The family of Mr. Norman Lee Gum created this Life Tributes page to make it easy to share your memories.