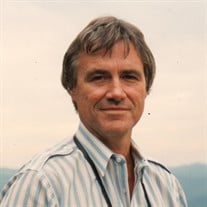 Rayme Edward Engel, 76, of Marshall passed away on Sunday, February 9, 2020 at the John F. Keever Solace Center. Rayme was born in Arlington, VA on August 18, 1943 and grew up in North Brunswick, NJ. He attended Rutgers University for three years and then transferred to University of Houston where he received his B.S. degree in Psychology in 1965. After moving back to New Jersey, he received his Master’s Degree in Social Psychology from Rutgers in 1967. Rayme worked in the advertising research field for several years and then relocated to Houston once again. This is where he became interested in Philosophy and he obtained a Master’s in Philosophy from the University of Houston in 1971. The faculty there convinced him to apply to the Ph.D. program at the University of Pennsylvania, and he earned his Ph.D. in 1975. Rayme’s teaching career began with one year at the University of Pennsylvania and continued with more than 20 years at the University of Houston. His areas of interest were Logic and Philosophy of Language, and he wrote his dissertation on the Logic of “Most”. His work extended the scope of formal logic to include adjectives and comparatives , and one of his papers was published in the prestigious “Journal of Philosophy”. After moving to Asheville in 2000, Rayme taught at the University of North Carolina at Asheville for two years before retiring from teaching. He is survived by his wife of 46 years, Dorothy Buck Engel; his two children, Tara Morrell and Troy Engel; his step son, Jay Knowles; and four grandchildren. Dr. Engel will be remembered for his pioneering work in expanding the scope of formal logic, and fondly remembered by his family as a generous and caring husband and father. A funeral service will be held at 11:00am on Friday, February 14, in the chapel of Morris Funeral & Cremation Care, 304 Merrimon Ave. with Father Gary Butterworth officiating. Interment will follow at 3:00pm in the Buck Family Cemetery, Bald Mountain Road, Burnsville. In lieu of flowers, the family asks that donations be made to the The American Kidney Fund, https://www.kidneyfund.org/get-involved/ways-to-give/ Condolences may be sent to the family through the website, www.MorrisFamilyCare.com

Rayme Edward Engel, 76, of Marshall passed away on Sunday, February 9, 2020 at the John F. Keever Solace Center. Rayme was born in Arlington, VA on August 18, 1943 and grew up in North Brunswick, NJ. He attended Rutgers University for three... View Obituary & Service Information

The family of Dr. Rayme Edward Engel created this Life Tributes page to make it easy to share your memories.

Rayme Edward Engel, 76, of Marshall passed away on Sunday, February...

Send flowers to the Engel family.