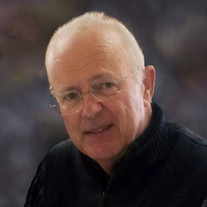 Richard Lawrence Metcalf was born February 13, 1945 in Raleigh, NC to his parents, the late Dr. Lawrence Edward and Margaret Holland Metcalf. He grew up in Asheville and graduated from Oxford Academy, Mars Hill College and Central Piedmont Community College obtaining a degree in Criminal Justice. He married his best friend, June Margaret Coker February 18, 1967 at the First Baptist Church, Asheville, NC and they had the blessing of being married for 51 years. He was the very proud father to their son, Lawrence Coker born in 1975. He was a devoted husband and father and most of all Rick cherished his family. After their marriage they moved to Ocala, FL, then to Grant, MI, Charlotte and Huntersville, NC, prior to moving to Asheville where they reside in Chunns Cove. Rick retired with Johns-Manville in sales and management and then he embarked on a new career in 1996 working as a full time realtor in the downtown Asheville office of Beverly-Hanks & Associates, College Street. The birth of their son, Lawrence Coker Metcalf, in 1975 was absolutely one of the proudest moments in his entire life. They had a lifetime relationship of sharing with each other their enjoyment of saltwater competition fishing, hunting and he proudly held the title of United States National Pistol Shooting Champion. But his proudest and his most memorable moments were spent doing things with his family. He was a loving husband and a devoted father and spent his life encouraging his wife and son. He tried everyday to be the best person he could be to his family and friends. Rick loved the Lord and was a long time member of St. Luke’s Episcopal Church. He leaves behind his loving wife, June Coker Metcalf; his most adored son, Lawrence Coker Metcalf and his wife, Stacy Lightfoot Metcalf; two grandchildren, Gunner and Gabby all of Asheville. He is also survived by his brothers and their wives, William and Judi Coker, Travelers Rest, SC, Ronald and Nancy Coker, Travelers Rest, SC; and mother-in-law, Evelyn C. Posey, Asheville, NC. The family will receive friends from 5:30pm -7:30pm on Thursday, April 26, 2018 at St. Luke’s Episcopal Church, 219 Chunns Cove Rd., Asheville, NC 28805. A Celebration of Rick’s life will be held at 2:00pm on Friday, April 27, 2018 at Covenant Community Church, 11 Rocket Drive, Asheville, NC 28803. Serving as honorary pall bearers will be Bill Coker, David Cartner, Walt McGuire, Neal Hanks, Bill Miller, Gunner Metcalf and Bruce Crisp. In lieu of flowers, the family asks that a memorial contribution be made in Rick’s name to St. Luke’s Episcopal Church or to Covenant Community Church.

The family of Mr. Richard Lawrence Metcalf created this Life Tributes page to make it easy to share your memories.

Send flowers to the Metcalf family.