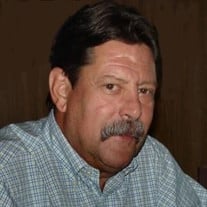 Robert Cromwell Hall, Jr. passed away on February 3, 2017 after a brief illness. Robert was the son of Robert Cromwell Hall, Sr. and Anne Osborne Hall. He was born on February 26, 1952. He was a direct descendant of Captain William Moore, the first settler to establish a home and fort west of the French Broad River. Robert was proud to be a seventh generation Western North Carolina native from both his maternal and paternal ancestry. He was the nephew of David M. Hall, Jr., a member of the United States House of Representatives. He was also the grandnephew of Daniel K. Moore, Governor of North Carolina and a Justice of the North Carolina Supreme Court. Robert’s great grandfather, Frederick Moore, was North Carolina’s youngest Superior Court Judge. Robert was a lifetime Democrat and a strong advocate for progressive issues. Robert attended Asheville public schools, graduated from Asheville High School and headed to Chapel Hill where he majored in History at The University of North Carolina. Robert was a member of the Erwin Youth League where he volunteered as a coach, a sponsor, and a Team Dad for his daughter, Alex and her teammates. He enjoyed youth softball, Carolina basketball, New York Times crossword puzzles, and most of all traveling both here and internationally with his family. He is a former member of the National Association of Homebuilders, The Lions Club of Asheville, The Asheville Board of Realtors, and Grace Episcopal Church. He was a licensed general contractor and owner of Horizon Builders, Inc., and former president of Waechter’s Silk Shop, Inc. Robert is survived by his partner in life’s journey, Penny Parker, and their daughter, Alexandra; brothers, Allan (Debbie) Hall and David (Marie) Hall, four nieces & nephews, lifelong friends Bruce (Anne) Elmore, Bill (Marilyn) Hamer and his god children, McRae Hamer and Lincoln Hamer. He is loved and missed. He was loyal, he was kind, he was devoted to his family and friends. He may not agree with you but he always had your back. A memorial service will be held at 4:00pm on Wednesday February 8, 2017 in the Chapel of Morris Funeral Home, 304 Merrimon Ave., with Rev. Ricky Wolfe officiating. In lieu of flowers, contributions can be made to Manna Food Bank, 627 Swannanoa River Road, Asheville, NC 28805, and Sarge’s Animal Rescue Foundation, 256 Industrial Park Drive, Waynesville, NC 28786. Condolences may be made through the website, www.morrisfamilyfuneralhome.com

The family of Mr. Robert Cromwell Hall Jr. created this Life Tributes page to make it easy to share your memories.

Send flowers to the Hall family.