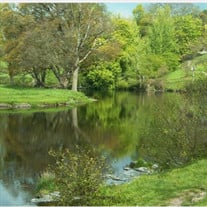 Surrounded by loving faces, Bob Leonard departed this life on June 24, 2019 at Brooks-Howell Home in Asheville. He was born on December 17,1946 to the late Pauline Scheibel and William Leonard in Houston, TX. Bob graduated from U.T. Austin and liked the area so much he used to joke that once his education ended, he “had had to find a way to remain in Austin.” He solved this dilemma easily with a long career as a computer programmer with IBM in Austin. Through IBM, Bob was honored to be a part of the Apollo space mission and his work was integral in landing a man on the moon. For this he was humbled and grateful. A man of principle, Bob was fair, honest, generous and true. We will miss his tart wit and sharp intelligence. Moving to Asheville in 2010, Bob met Cindi Sutherland, his longtime companion and sole caregiver during his lengthy illness. Together they actively supported causes of social justice and ecological matters. Bob was delighted to find himself in the natural beauty of Western North Carolina. Survivors include Cynthia Sutherland; two children, Janet McMahon (Mark) and Brian Leonard (Suzanne) and five grandchildren all of Texas. He also leaves a sister, Betsy Leonard Gooden (Sherman) of Baltimore, MD. His Boston terrier Joey still pines for him as of this writing. The family wishes to thank CarePartners Day, MemoryCare and Brooks-Howell Home for the extraordinary care extended to Bob during the hard years of his long illness. A special thank you goes out to the “night crew” at Brooks-Howell. Specifically, Karen G., Sallie and Gina who became extended family to Cyndi and she will forever be grateful for their dedication. A Celebration of Bob’s life will be held on July 27th in Austin, Texas. Bob was acutely aware of and grateful for the large part our local organizations played in his care. Should any friends wish to send a memorial contribution in his name, please direct those to Memory Care, 100 Far Horizons Lane, Asheville 28803 or CarePartners Day Care, 68 Sweeten Creek Rd, Asheville 28803.

Surrounded by loving faces, Bob Leonard departed this life on June 24, 2019 at Brooks-Howell Home in Asheville. He was born on December 17,1946 to the late Pauline Scheibel and William Leonard in Houston, TX. Bob graduated from U.T. Austin... View Obituary & Service Information

The family of Robert Earl Leonard created this Life Tributes page to make it easy to share your memories.

Surrounded by loving faces, Bob Leonard departed this life on...