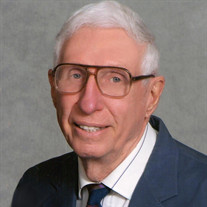 Robert (Bob) S. Turk, MD Feb. 19, 1931 – March 6, 2017 Bob was born in Atlanta, Georgia, to Lula Spencer Turk and Lucas Newton Turk, Jr, MD, a general practitioner in Atlanta. He went to Davidson College, where he was an outstanding athlete in basketball, football, and track, honored by the Tommy Peters award. He attended Emory Medical School. After marrying Naomi Allison in 1956, he served in the armed forces in Paris, France, and returned to Atlanta with baby Luke in tow. Following a residency in general surgery at Grady hospital in Atlanta, he moved to Asheville in 1964. In 1971, he moved his family (which had grown to 7) to Belgium, where he studied French and tropical medicine en route to Kinshasa, the capital of what is now the Democratic Republic of Congo. Dr. Turk worked as a surgeon from 1972 to 1978 at the large public hospital in Kinshasa. He developed a residency program in surgery, and became Chief of Surgery. His dedication to surgery improved the quality and length of life of many Congolese, including the conjoined twins he successfully separated. Out of his love of adventure, he accompanied the British military on a portion of their Zaire River Expedition, climbed the Ruwenzori’s, and spent many hours hunting for prehistoric stone tools in Bas Zaire. Ten years after his return to Asheville in 1978 he was pleased to find that one of his first surgery residents had taken his position of Chief of Surgery at the central hospital in Kinshasa. In Asheville, Dr. Turk continued his steadfast work as a general surgeon until his retirement in 1996. He was kind and gentle. Patients appreciated his bedside manner, his dedication to their care, his sense of humor, and his resolve never to turn anyone away. He was a consummate student, picking up Spanish at UNC-Asheville, which was helpful when he was paired with a surgeon in Cuba on missionary trips. He loved traveling with his wife to visit their children in the Netherlands, Switzerland, Spain, Scotland, New Zealand, Madagascar, Central African Republic, and Guatemala. He also went on Elderhostel and Earthwatch trips. On one occasion he climbed Mount Kenya with friends: Upon reaching the summit, he pulled out a chocolate bar and commented that it was a fine way to celebrate his 70th birthday. He modeled modesty and a willingness to empower others. When in Asheville, Dr. Turk was a faithful member and elder at First Presbyterian Church of Asheville, known for being a man of integrity in service to others. His skills of diplomacy and tact enhanced relationships on organizational as well as personal levels. He played on a tennis team well into retirement, reaching the state level of competition on several occasions, and he also enjoyed playing on the church softball team. Hobbies included watching birds, reading, collecting stamps and coins, and playing with his grandchildren. Bob is survived by his wife of over 60 years, Naomi Allison Turk, by his sister, Beth Stockton, and by his 5 children (Luke, Anne, Dan, Tom, and Alice), and 10 grandchildren (Benjamin, Bobby, Timothy, Robert, Frances, Marcos, Sebastian, Laura, Matilda, and Jef). He will be dearly missed. A memorial service will be held at First Presbyterian Church of Asheville at 2:00 pm on Sunday, March 12, 2017. In lieu of flowers a memorial gift may be made to First Presbyterian Church of Asheville, or to support the nursing school at the hospital in Gamboula, Central African Republic.

The family of Dr. Robert Spencer Turk created this Life Tributes page to make it easy to share your memories.

Send flowers to the Turk family.