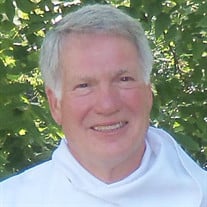 Rev. Robert Andrew Wiltshire, 68, of Asheville passed away on April 25, 2016. Born July 26, 1947, in Richmond, VA, to the late Ashley Turman and Sarah Proctor Wiltshire. He is survived by his loving wife Debbie of Asheville, son Jake Wiltshire of Durham, NC, son-in-law and daughter Ben and Virginia Taft, of Charleston, SC, and stepsons Stephen and Matthew Rogers, and their wives Jess and Kaylan of Morganton, NC. He was a loving grandfather to Ryder Jacob and Winslow Grace Taft, as well as Dalton, Alyssa, Lyliah and Malachi Rogers, who fondly called him “Big Daddy.” He is also survived by his sister-in-law and brother Susan and Ashley Wiltshire, Jr., of Nashville, TN, and sister Carolyn Wiltshire of Weaverville, NC. He was a proud uncle to Matthew Wiltshire and Carrie McCutcheon of Nashville, TN, Jacob Grigsby of Santa Cruz, CA, Andrew Grigsby of Richmond, VA, and Sachi Godwin of Weaverville, NC. Robert graduated in 1965 from Hermitage High School in Richamond, VA, and attended Princeton University for two years before finishing his Bachelor of Arts in American Studies, graduating with Honors, at the University of North Carolina at Chapel Hill in 1969. He received his Masters of Divinity from Union Theological Seminary in 1973, and was later ordained in the American Baptist Church. Robert’s faith was a vital part of his life, going back to his early years at Lakeside Baptist Church in Richmond, VA, where his parents were founding members. His professional work reflected his desire to put his faith into action serving others. This included his early work in Asheville, where he served as Executive Director of ABCCM and as the Development Director of the YMI Cultural Center. Following that work, he transitioned into professional fundraising work, building on his seminary thesis topic of economic responsibility and Christian stewardship. The majority of his fundraising work was done through his consulting firm Wiltshire & Company, where he helped churches and non-profits raise money to better fulfill their missions and serve their community. Robert first moved to Asheville in 1973 and quickly fell in love with the natural beauty of Western North Carolina. One of his favorite activities was sitting on his porch with a beverage and a loved one to talk about life, love, faith, and family while enjoying the beauty of God’s creation. He was a devoted fan of the Carolina Tar Heels and enjoyed watching games with his family and friends. He loved working in the yard, woods, and garden on his property. He was an athlete throughout high school and college, playing multiple sports in high school and football at both Princeton and Carolina. His love of physical activity carried through the rest of his life as he ran multiple marathons and was the first President of the Asheville Track Club. A memorial will be held at Asbury Memorial United Methodist Church at 11 a.m. on Saturday, April 30, 2016, with Reverend J. Curtis Goforth and Reverend Gary Greene officiating. The family will receive friends from 6 – 8 p.m. on Friday, April 29, 2016, at Morris Funeral Home. In lieu of flowers, please make gifts in Robert’s honor to the Capital Campaign of Asbury Memorial UMC, 171 Beaverdam Road, Asheville, NC 28804, or the charity of your choice.

The family of Rev. Robert Andrew Wiltshire created this Life Tributes page to make it easy to share your memories.

Rev. Robert Andrew Wiltshire, 68, of Asheville passed away on...

Send flowers to the Wiltshire family.