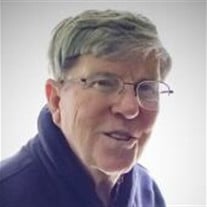 In the early evening of December 27, 2019, Dr. T. Leo Brannon, 86, quietly slipped into the loving embrace of his Lord and Savior, reuniting him with his loving wife of 56 years, Martha Gauntt Brannon. Funeral services will be held at 11:00 AM Saturday, January 4, 2020, at Jeffcoat Funeral Home Chapel, Tallassee, Alabama with Rev. Steve Dill officiating. The family will receive friends from 10:00 AM until service time at Jeffcoat Funeral Home. Burial will follow at Gauntt Cemetery after the service, Jeffcoat Funeral Home directing. Dr. Brannon leaves behind his son, Jeffrey Scott Brannon, daughter Susan Brannon Chancey and son-in-law, David Guy Chancey. Dr. Brannon was born on April 6, 1933, in Noma, Florida. A few years later, his father, Almon Seaborn Brannon (deceased) and mother, Edna Corrine Brannon (deceased), moved him and his sister Hilda Sue Brannon (deceased) to Dothan, Alabama where he attended Minnie T. Heard elementary school and Dothan High School. At the age of seventeen, Dr. Brannon became the youngest licensed Methodist minister in the state of Alabama. When not making special guest appearances at Wiregrass churches, Leo played football and attended Lafayette St. Methodist Church. After high school graduation, Leo attended Troy State University, where he would earn a bachelor’s degree. While working toward his degree, Leo met a beautiful bright Huntington College student, Martha Gauntt. They married in 1954, beginning a dynamic partnership that would last until Martha’s death in 2009. As a freshman at Troy, Leo was instrumental in transforming an old canning factory into what is now Park Memorial Methodist Church in Troy, where he would remain pastor until 1954. After leaving Troy, Dr. Brannon would serve as pastor at Alabama Methodist churches in Ramer, Carrville, Samson, and Brundidge. In 1965, he would earn a bachelor’s degree in Divinity from Emory University. In 1968, Dr. Brannon was named the Methodist Information Director of Alabama-West Florida Conference under Bishop W. Kenneth Goodson. During his three years with the conference, Leo helped guide the bishop's efforts to desegregate Alabama Methodist churches. In 1971, Leo was appointed pastor at Ashland Place Methodist Church in Mobile, where he remained for the next thirteen years, overseeing the most significant growth in the church’s history. After endless, long nights driving to and from Atlanta, Leo earned his Doctor of Ministry from Emory University in 1979, while also continuing his duties at Ashland Place. Before retiring in 2005, Dr. Brannon also served as pastor at churches in Auburn, Pensacola, Selma, Brewton, and Chatom. During his career, Dr. Brannon wrote countless articles for national publications such as Christianity Today and authored more than five books, including his most notable work, Doing the Faith. Always reassuring and calming and armed with an infectious smile, Dr. T. Leo Brannon was a beloved husband and father. He leaves behind beautiful memories and an amazing legacy of faith and love to all his parishioners and the many others he touched along his path.

In the early evening of December 27, 2019, Dr. T. Leo Brannon, 86, quietly slipped into the loving embrace of his Lord and Savior, reuniting him with his loving wife of 56 years, Martha Gauntt Brannon. Funeral services will be held at 11:00... View Obituary & Service Information

The family of Dr. T. Leo Brannon created this Life Tributes page to make it easy to share your memories.

Send flowers to the Brannon family.