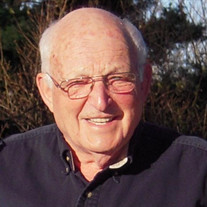 Tom Weil, 83, passed away on August 25, 2016, in Asheville, NC. Tom grew up in Mt. Vernon, NY, the son of the late Dr. Hans and Alice Weil. Professionally, he spent his career focusing on the organization, management and financing of health services, particularly among hospitals. He was a graduate of Yale University’s program in hospital administration and received his Ph.D. at the University of Michigan in what is now called health policy and management. His early career was teaching graduate students at UCLA and the University of Missouri-Columbia. The latter included teaching at the University of New South Wales, Australia, as a W.K. Kellogg Foundation professor. At the age of 38, Tom resigned a tenured full professorship at the University of Missouri and spent the next 30 years as a consultant with an emphasis on planning and financing health services. His clients ranged from small rural hospitals to major medical centers. He was President of Bedford Health Associates, first in Katonah, NY, and then Asheville, NC. Tom authored or co-authored of over 225 professional papers and the author of one book focused on the efficacy of hospital mergers, published in 2001 (University of Michigan Press). Surviving Tom is his wife and best friend for over 52 years, Janet Whalen Weil. He is also survived by his sister-in-law Janice Whalen (Houston, TX), sister-in-law Linda Whalen (Ocala, FL); nieces and nephews Alysse and Ken Rueckert (Danville, CA), Kathi Whalen (Nashville, TN), Sean and Katrina Whalen (Cary, NC), Stacey and Steve Rauch (Lancaster, OH), Trevor Ford (Ravenna, OH) ; and six great nephews and five great-nieces. Aside from family, friends, and professional colleagues, his major interests were horses and dogs. Tom and his bloodhound, Meggie, were charter members of the North Carolina Search and Rescue Dog Association. He was a long-time member of the Biltmore Bridle and Saddle Club and rode on the Biltmore Estate and elsewhere with great gusto. A casual service celebrating Tom’s life will be held on Monday, August 29, 2016, 11:00am, at his barn at 1400 Town Mountain Rd, Asheville NC. The memorial service, officiated by Rabbi Batsheva Meiri of Beth Ha-Tephila congregation, will include the walking of his favorite horse, Chelsea, by his great niece, Eva Whalen, and longtime riding friend, Tara Thompson. A light lunch will follow. In lieu of flowers, Tom wished you to consider sending contributions to a charity relating to the welfare of children or animals.

Tom Weil, 83, passed away on August 25, 2016, in Asheville, NC. Tom grew up in Mt. Vernon, NY, the son of the late Dr. Hans and Alice Weil. Professionally, he spent his career focusing on the organization, management and financing of health... View Obituary & Service Information

The family of Dr. Thomas P. Weil created this Life Tributes page to make it easy to share your memories.

Send flowers to the Weil family.