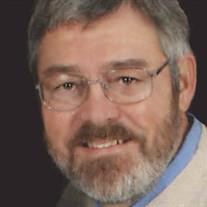 William Lance Crawford, 71, peacefully passed away on January 20th, 2018 at Charles George VA Medical Center in Asheville, NC. He was born in Columbia, Missouri on March 23, 1946. He was the son of Bill T. Crawford and Mildred Louis Sandberg. He was united in marriage to Barbara Ann Bailey on October 6, 1973 in Columbia, Missouri. Lance attended the University of Missouri where he received his BA in History (1968), his MS in Regional Geography (1972) and his MS in Community Development (1981). He was a golf scholarship winner playing on the golf team for four years. He enlisted in the United States Army in 1968 and graduated from the Corp of Engineers Officers Candidates’ School in 1968. He was a Bronze Star honored First Lieutenant Vietnam Veteran. He received his honorable discharge in 1971. Throughout his career: he was Community Development Coordinator for the City of Orange, TX; the Division Manager of Housing for the City of Houston, TX; Executive Director of Greenville County SC Redevelopment Authority; Director of Community Development for Cobb County and Clayton County GA. Lance was an active member of Kiwanis Club. He was an avid University of Missouri sports fan as well as a lifetime player and lover of the game of golf. Lance is survived by his wife Barbara Ann of Travelers Rest, SC their children: Melissa Ann Crawford of Taylors, SC, Mary Kathryn Smith of Easley SC (Husband Kevin Dean Smith)and his grandson Oliver Crawford Smith of Easley, SC. He is also survived by his sister Martha Louise (Marci) Harnden of Dallas, TX; Charles Todd Crawford (wife Ann) of Holt Summit, MO and Thomas Brant Crawford of Columbia, MO. Funeral Service will be held on January 31, 2018 Wednesday at 10:00 at Parker-Milland Funeral Services located at 12 East Ash Street, Columbia, Missouri. The Interment will follow at Walnut Ridge Cemetery in Fayette, MO. Expression of sympathy may be made in his name to any Cancer Treatment Center of your choice.

William Lance Crawford, 71, peacefully passed away on January 20th, 2018 at Charles George VA Medical Center in Asheville, NC. He was born in Columbia, Missouri on March 23, 1946. He was the son of Bill T. Crawford and Mildred Louis Sandberg. He... View Obituary & Service Information

The family of Mr. William Lance Crawford created this Life Tributes page to make it easy to share your memories.

Send flowers to the Crawford family.