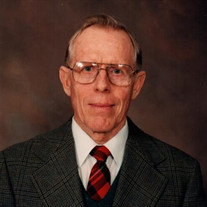 Alan W. Gragg, age 86, passed away at home in Asheville, North Carolina, on April 12, 2019. He was born in Bainbridge, Georgia, and is survived by his wife of 63 years, Jessie Gragg. He is also survived by daughters Cheryl Gragg, Ruth Colnot (Marcel) and Joy McIver (Rob), daughter-in-law Lisa Pause (John); and grandchildren Megan, Claire, Sam, Alain, Sonia, Audrey, and Gantt, and his sister, Carolyn Warford (Charles). Alan was preceded in death by his parents A.W. and Virgie Gragg; his son Wayne Gragg. He attended Mars Hill College where he met Jessie. He graduated from Furman University and went on to receive a Master of Divinity from Southern Baptist Seminary. In 1961, he earned a Ph.D. from Duke University. Known to college students and colleagues for decades as “Dr. Gragg”, he taught at Midwestern Baptist Theological Seminary and Furman University. He taught almost fifteen years at Georgetown College (Georgetown, KY) where he was a religion professor and chairman of the Philosophy Department. From 1984, he served as Vice President and Dean of Academic Affairs at Brewton-Parker College while continuing his teaching role there until retiring to Asheville. His religious life was more than philosophical as he committed to the ministry at an early age while living in Brunswick, GA. Alan gave his first sermon at age 16, and was soon after ordained as a minister in the First Baptist Church of Brunswick. He served Blythe Island Baptist Church as pastor before starting college. Throughout his life and into his early eighties, Alan often served as a visiting or interim pastor and preached in a variety of churches. He was dedicated to the work and contemplation of God as exemplified by persistent religious study, regular church attendance, daily devotion, and living his faith by example. He and Jessie shared their faith through active involvement with Habitat for Humanity, Morningstar Children and Family Services, and Food for Fairview. In addition to engaging his mind and heart, Alan enjoyed walking to work, playing tennis, mowing, baling hay and pruning. He was thoughtful and deliberate. If he took it out, he put it back, and he always had the right tool for a job whether it be a chainsaw or postage stamps. He is missed not only for his wise counsel on ethical and religious considerations, but also his wit and guidance in the day to day matters of life. He will be interred in Brunswick, Georgia, following a graveside service on April 19, 2019, at 11:00 am at Palmetto Cemetery. Following the service, family and friends will gather at Blythe Island Baptist Church (170 Cut Off Road, Blythe Island, Georgia) to share time and memories together. A memorial service will be held in Asheville on June 2, 2019 at 3:00 PM at Grace Covenant Presbyterian Church. Morris Funeral Home (Asheville, NC) and Chapman Funeral Chapel (Brunswick, GA) are providing funeral services. Donations in memory of Alan may be made to: Grace Covenant Presbyterian Church, 789 Merrimon Avenue, Asheville, NC, 28804, or Blythe Island Baptist Church, 170 Cut Off Road, Blythe Island, Georgia 31523.

Alan W. Gragg, age 86, passed away at home in Asheville, North Carolina, on April 12, 2019. He was born in Bainbridge, Georgia, and is survived by his wife of 63 years, Jessie Gragg. He is also survived by daughters Cheryl Gragg, Ruth Colnot... View Obituary & Service Information

The family of Alan Wayne Gragg created this Life Tributes page to make it easy to share your memories.

Send flowers to the Gragg family.