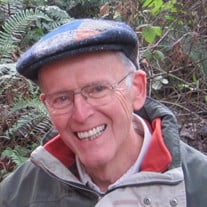 Donald Dwight Rankin, 86, of Asheville, died on Tuesday, January 19, 2021. He is survived by his two daughters, Beth Rhatigan, Susan Stansberry (Brad); his son, Jesse Rankin (Jennifer); his grandchildren, Kayleigh Rhatigan, Evan Rhatigan, Adrian Rhatigan, Ella Rankin and Clara Rankin, the father of Kayleigh, Evan and Adrian, Joe Rhatigan; his siter, Mary Rankin Trotman and multiple nieces and nephews. He is preceded in death by his parents, Daniel Dwight Rankin and Florence Morris Rankin; his beloved wife, Marjorie Rankin; his sister, Diane Rankin, and his brother-in-law, Delroy Trotman. Donald (Don, Chief) was a loving husband, father, and grandfather. He was married for 52 years at the time of his wife’s death. He cared deeply about helping others and making the world a better place. In his later years he volunteered in local prisons to help prisoners transition back into society and gave communion at the weekly service. He also volunteered for AARP doing taxes for members. Don loved classical music and as an adult he learned to play the piano. His greatest love was being a grandfather, his face would light up when he talked about his grandchildren. He got down on the floor and played with them when they were young, and as they got older loved talking to them and hearing about their lives. He will be greatly missed by many. A private Funeral Mass for the family only will be celebrated at 10:00 am, Monday, January 25, at St. Eugene’s Catholic Church and will be live streamed at steugene.org. Morris Funeral & Cremation Care is assisting the family and condolences may be sent to our website at www.morrisfamilycare.com.

The family of Donald Dwight Rankin created this Life Tributes page to make it easy to share your memories.

Send flowers to the Rankin family.