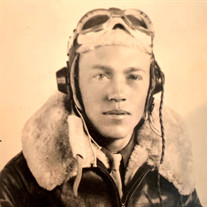 I was born September 20,1919, at Bee Log in Yancey County, the second of eight children born to Matt and Mamie Johnson Bailey; I was the only son in the family. I grew up on a small hillside farm where I worked and played with my neighboring... View Obituary & Service Information

The family of Luther Bailey created this Life Tributes page to make it easy to share your memories.

Send flowers to the Bailey family.