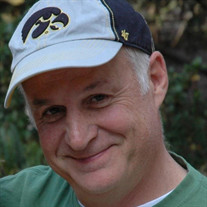 Robert John Hayler of Asheville passed away peacefully and comfortably on December 23, 2021 at Duke University Medical Center. He was born in the small town of Red Oak, Iowa to Bob and Arlene Hayler on June 11, 1964, and moved to Asheboro, NC with his family in 1975. John was a graduate of the Asheboro High School class of 1982 and went on to obtain degrees from Belmont Abbey College and Western Carolina University. He was a partner/owner in a Jacksonville, FL restaurant franchise, before settling down in Asheville to begin a successful career in sales with Wolsley Industrial Group and the Ferguson Company. His ability to form meaningful relationships with his clients and business associates, as well as his classmates and neighbors, was a life skill that served him well during his sales career and life in general. Endowed with an interest in travel and adventure, John developed that spirit through the many hobbies and activities he pursued throughout his life. He was an avid and accomplished whitewater kayaker in his younger days, and obtained his pilot’s license through his midlife years, flying to connect with friends from his hometown, his college years, and beyond. But as his life progressed, John developed a new passion: his daughter, Maddy. Traveling and exploring with Maddy was the mission that brought the greatest joy and purpose to John’s life. While many of their travels revolved around collecting baseball paraphernalia at the legendary major league parks, John made sure that everything they did was to provide joy and life experiences for Maddy. From their European adventures, to a tour of Pixar studios, to ComiCon conferences to entertain Maddy’s interest in Anime, John’s later life was dedicated to his beloved Maddy. John was preceded in death by his mother, Arlene M. Hayler. He is survived by his daughter Madelyn ‘Maddy’ Juliet Woodworth Hayler of Asheville; his father Robert “Bob” Hayler of Charlotte; his sister Anne Marie Hammonds (Ryan) of Asheville; brother David Edward Hayler (Myra) of Boone, NC; nieces and nephews Ellie Hammonds and Will Hammonds of Asheville; and Cheyenne Hayler and Marissa Hayler Million of Deep Gap, NC; and by Maddy’s mother, Amanda Woodworth of Asheville. The family would like to extend our thank you to the many beloved friends, nurses, and doctors at Duke University Medical Center that provided support, comfort, care, and treatment throughout his extended fight. A special appreciation and recognition is expressed to the Thursday night poker club for their regular and much needed distraction, and all of his friends and neighbors that provided emotional and logistical support while watching over Maddy for him during his time away from home. In lieu of flowers, the family asks that memorial donations be made in John’s memory to the Duke Adult Bone Marrow and Transplant (ABMT) Patient Fund at: https://www.gifts.duke.edu/dukehealth?designation=3990947 A memorial service will be held at Morris Funeral Home, 304 Merrimon Avenue, Asheville 28804 on Saturday January 15, 2022 at 1 pm. The family will receive visitors one hour prior to the service. Out of an abundance of caution regarding Covid-19, the family respectively asks that masks be worn at all times prior to and during the service. For those unable to attend the service, a link to a video stream will be provided on the Morris Funeral Home website on the day of the service.

Robert John Hayler of Asheville passed away peacefully and comfortably on December 23, 2021 at Duke University Medical Center. He was born in the small town of Red Oak, Iowa to Bob and Arlene Hayler on June 11, 1964, and moved to Asheboro, NC... View Obituary & Service Information

The family of Robert John Hayler created this Life Tributes page to make it easy to share your memories.

Robert John Hayler of Asheville passed away peacefully and comfortably...

Send flowers to the Hayler family.